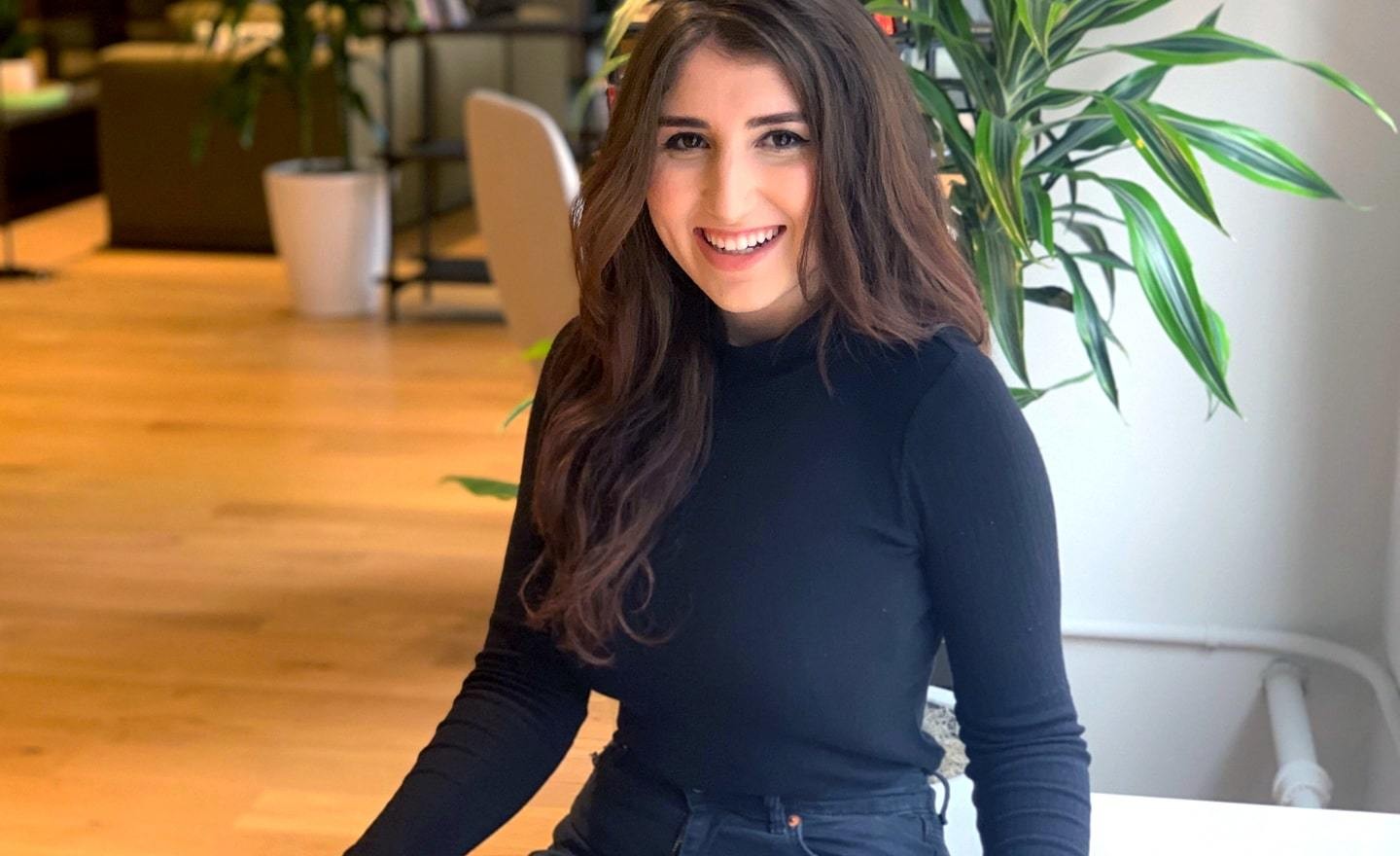 If there’s any question about Chloe Philips being a natural salesperson, just ask her neighbors. As an elementary school student, she talked her way into her first entrepreneurship role as a neighborhood dog walker (and eventually used these persuasion skills to convince her parents to get a family dog). In college, she landed a brand ambassadorship position with WayUp that introduced her to the fast-paced world of leaderboards and commissions. She’s now completely immersed in sales – and couldn’t be happier – in her role as a Sales Development Representative. We caught up with Chloe to learn more about her career path and her time at Greenhouse.

Chloe: My first job ever was as a dog walker in elementary school. I was an entrepreneur from a young age!

GH: Did you actually solicit your neighbors?

CP: Yeah, I really wanted a dog and I had these neighbors who lived around the corner who had a golden retriever. This was my way of making money as an elementary school student.

GH: Impressive! You then went on to study journalism, digital communication, and media in college – what led you to pursue those subjects?

CP: I started as an engineering major because I excelled in math and science and I wanted to be sure that I could get employed when I graduated. But then I took an Intro to Media class my freshman year and I really enjoyed it. Plus, my sister was a jazz trumpet major, so I figured if my sister could do something fun, I could too. I started taking a lot of classes in consumer media, and that’s how I ended up focusing in journalism and digital communication, information and media.

GH: What was it that appealed to you about journalism and media?

CP: The assignments were fun and I was really excited to pick my classes. There was one particular class, Consumer Media Culture, that got me interested in influencer branding and different kinds of non-traditional marketing – it was diving into a one-to-many approach that’s now possible because of social media. As a result I found a job as a brand ambassador with WayUp, an HR tech company, and I became their first Campus Rep. Then in my senior year they offered me a job as a Field Marketing Manager.

GH: Tell us about your journey to Greenhouse. How did you find out about the company and what appealed to you about it?

CP: WayUp is a Greenhouse customer, so I used Greenhouse every day when I worked there. HR tech in itself was really relevant to me because I managed all of our brand ambassadors and our influencers, so I always had my hands on software that was helping me hire people and Greenhouse was the most impressive of all the software I used on a daily basis.

Then as far as learning about the culture, someone who formerly worked at WayUp now works here, Alyssa [Ciorciari] who’s on the QA engineering team. I ran into her and she loves it here. That led me to investigate more about the company and realize that I wanted to work at Greenhouse.

GH: We’d love to hear about your current role as a Sales Development Representative. What are your main responsibilities and what is a typical day like for you on the job?

CP: I’m in the SMB segment – I work specifically with companies under 100. I get really creative with my prospecting because many of the companies I reach out to aren’t even in Salesforce, meaning no one from Greenhouse has talked to them yet.

I also get to have longer conversations – for people in the mid-market, they’re generally setting up calls with the account executives, but I get to do the initial discovery call with the prospect so I get to learn about their current process. They’re usually a CEO or someone high up and maybe they don’t know much about recruiting so I get to be a consultant, which is really interesting. So it’s just as much educating them as finding out about their current process.

GH: How do you relate your undergrad studies to what you’re doing now – do you see a clear connection or transferable skills?

CP: I took a lot of independent studies and learned how to create my workflow and figure out what worked best for me. That’s really relevant to working as an SDR. You get trained, but then you figure out your own process and you iterate on that until you succeed.

I’ve heard people say that your degree doesn’t matter, what matters is your experience, and I agree. I felt like my degree was fun and it taught me how to do my due diligence in different areas of my life, but what really connects to my current responsibilities were all the internships I did, especially as a brand ambassador at WayUp. I worked around a 40-hour week when I was in college, so that taught me about time management and how to make the most of my time. That’s huge in a sales role because time wasted is money lost.

CP: From a team perspective, I’m the most tenured person on the SMB SDR team so it’s really cool to be in a position where I can be helpful to my peers. I love being able to answer questions and get people to the position I’m in now.

I think Greenhouse does a good job of setting us up for cross-team collaboration – I brought something to the partnerships team the other day and I was speaking in their weekly meeting a few days later and I’m now going to present this topic to the SDR team. I told the SDR managers that I wanted to present a Lunch & Learn and they were really supportive.

GH: What’s something that’s been surprising or unexpected about working at Greenhouse?

CP: I think it’s really cool how Greenhouse discusses sensitive topics. They do a good job of addressing topics like Diversity & Inclusion. At some companies, people can get defensive and don’t feel comfortable reacting to them, so they don’t get talked about. I’m on the Inclusion task force, so I see how there are lots of elements of the company that are trying to make a difference and listen instead of react. And that’s an important part of being a company in 2019 in today’s society.

Could you picture yourself joining our team? See career opportunities at Greenhouse.

Want to see who else is growing in the Greenhouse? Check out a few of our past profiles on, Ariana Moon, Recruiting Manager, Jennifer Ho, Product Marketing Manager and LV Vicknair, Security Engineer.