Inclusion through tech: How to attract great candidates with software accessibility 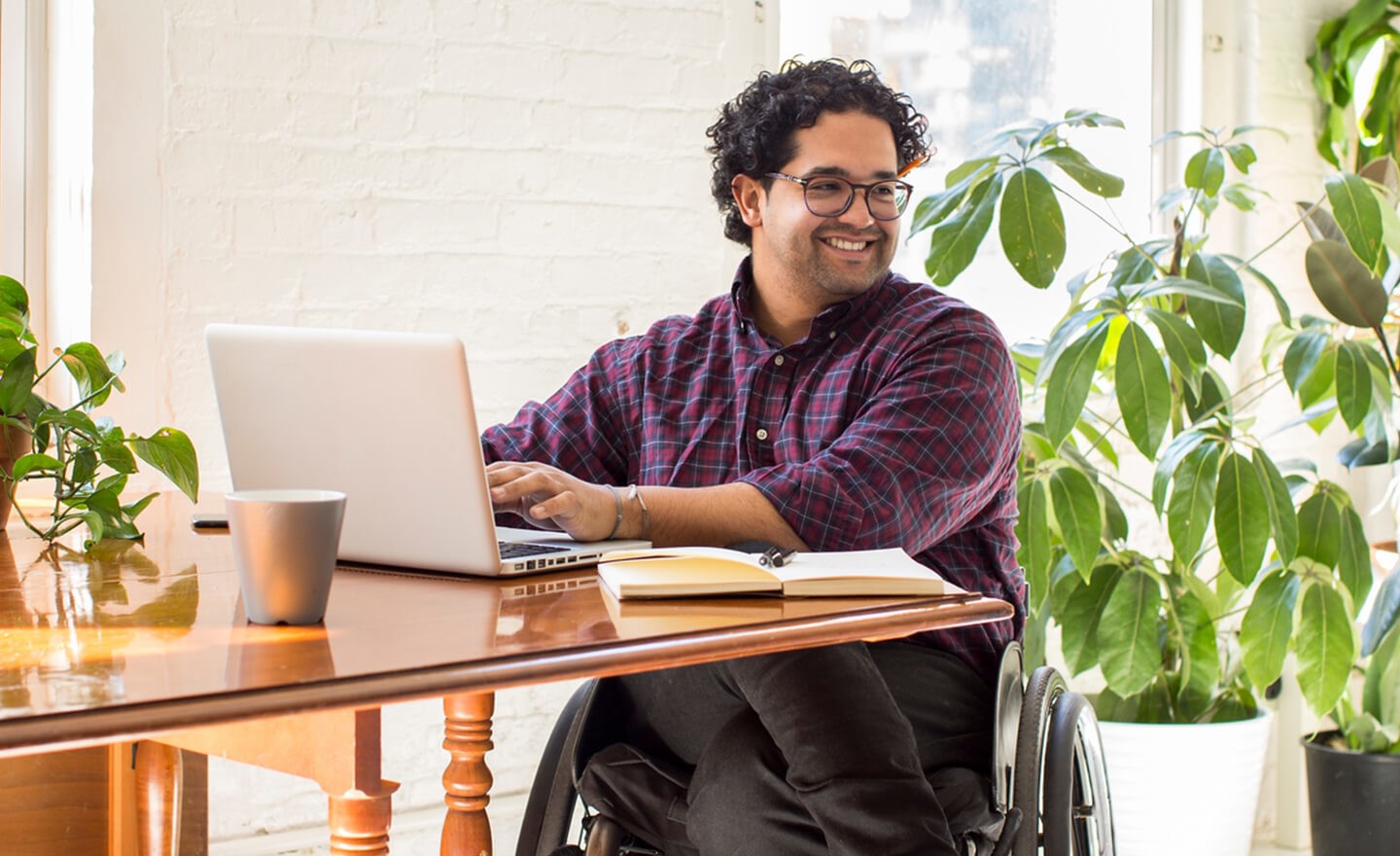 Did you know that even though the American Disability Act, a massive civil rights law that prohibits discrimination based on disability, was enacted in 1990, only 29% of New York City’s subway stations are considered ADA accessible?

While the Metropolitan Transportation Authority (MTA) has implemented initiatives like the Fast Forward program, an ambitious plan that would make 100% of subway stations ADA accessible by 2034, independent journalists have found that “at the current pace of 70 stations every five years, it would be more like 2044 when the entire system could be fully accessible.”

The MTA’s legal, financial and (most importantly) ethical challenges with meeting their customers’ accessibility needs may be more relevant to your organization than you think. Imagine not being able to quickly get to where you need to go, simply because the systems built around you weren’t designed to support you. Now, think of how it might feel to not be able to apply to a role that you’re perfectly qualified for – simply because the application is inaccessible to you.

In this blog, we’ll share insights from our product engineering and creative teams, their approaches to adding new features and designs, and how your team (technical or not) can use key elements to make your hiring process more inclusive and accessible.

The importance of an accessible career page

In recent years, organizations have taken the first steps toward inclusive hiring. But there’s a group that continuously gets overlooked and excluded – and it’s the largest minority in America: folks with disabilities.

Today, 7 million people with visual impairment rely on apps or screen readers to navigate around the web. However, 98% of the web contains “accessibility blocks,” or quirks in the design that make the content unreadable with assistive technology.

The consequences of this vary from site to site, ranging from being unable to complete a purchase at an online store, to not even being able to apply for a job because the page isn’t accessible.

Your career page is often the first touchpoint between candidates and your company. If it is challenging for them to access resources or review jobs, chances are they will be discouraged and look elsewhere. And that means there’s a huge demographic of key talent that you are missing out on. According to a 2018 report from Accenture, if only 1% more people with disabilities join the workforce, the US GDP will witness a $25 billion increase.

The report also goes on to state that “Companies that have improved their inclusion of persons with disabilities over time were four times more likely than others to have total shareholder returns that outperform those of their peer group.” So not only is accessibility the right thing to do, it’s also a business advantage.

How can your team start improving accessibility now?

I chatted with a few teams at Greenhouse to learn how we’re making the product and website more accessible for users and candidates alike. Evan Duncan, Software Engineer on the Greenhouse Recruiting Operations team, has been at the core of development for popular Greenhouse features such as GDPR and Report Builder. He has experience developing software for both large-scale enterprises and small startup businesses. He offers some helpful tips to share with other engineers on how to make more inclusive features.

When the subway system was being discussed and designed in the early 19th century, it’s unlikely that any of the decision-making included the perspectives or voices of those with disabilities. Think about all the trouble that would have been saved if the subway system had been designed for universal access in those planning stages, rather than being retrofitted over a hundred years later.

Evan shares, “At Greenhouse, we have conversations about accessibility when developing new features, which I haven’t seen often in previous roles at other organizations. I like that it’s a collaborative team process, where engineers may bring it up and the product team recognizes its importance and gives us the space to figure out what needs to happen to achieve inclusivity.”

By starting the discussion of accessibility early on, and of course by hiring and including different perspectives and voices in your development cycle, your team can be set up for success.

Technology has evolved beyond the simple websites of the early 2000s, and while assistive technology like screen readers have also become more sophisticated, Evan suggests that your team stays away from overly complex web design wherever possible.

“Web accessibility is 90% good document structure. If you're using the basic semantics of the web and you're focusing on using the correct HTML markup, then you're most of the way there. By picking very expressive tags that describe the thing that you're doing, your site is going to be mostly accessible already since screen readers know what to do.” For non-engineers, this is tech speak for “Keep it simple.” Wherever possible, focus on building a hiring experience on a solid, yet simple foundation.

This advice relates to many teams – engineers, designers and even recruiters. Since screen readers try to read the skeleton of a page, try adding captions to your images so they can be described to someone using assistive technology. And avoid complex, jargon-filled language that may alienate your readers.

Greenhouse Digital Producer Zaire Fletcher has been instrumental in our website’s redesign, and provides great insight into her team’s approach, “Improving the accessibility of the Greenhouse website is a consistent goal for our team. We leverage both automated and manual testing to highlight opportunities to make our site available to as many people as possible.”

She continues, “Our creative team ensures that images on our website not only have an alternative text caption or tag, but accurately describes that imagery so that people with visual impairments can have a better experience.”

Many job applications also ask for a ton of information that is already on a candidate’s resume. How can you, as a talent acquisition professional, make applying as easy as possible for people with disabilities? Keep the forms clear and concise (without requiring candidates to navigate through several pages) and ensure you’re instead getting the information you need from submitted resumes.

“Greenhouse’s largest user base are candidates coming in to apply for jobs. When developing standardized career sites for our clients, we follow the WCAG 2.0 standard and want to make sure that applying for jobs is largely accessible,” says Evan.

On our own website, Zaire shares that “our site design system meets WCAG 2.0 conformance level AA and we continue to improve our site code for screen readers.”

In 2020, a project from the Center for Persons with Disabilities at Utah State University ran accessibility tests on the top million websites. It revealed that 98.1% of homepages had detectable WCAG 2.0 failures. These failures included low contrast text, missing document language, empty links and a lack of alternative text for images. They reported that addressing just these few types of issues would significantly improve accessibility across the web.

Most important of all, if your team (of developers, designers, recruiters, etc.) is filled with just one perspective that may not understand the challenges that POC and disabled folks face on a day-to-day basis, it's going to be very hard for them to design inclusive systems – they just don’t have the experiences that marginalized groups face. Therefore, a great start is to acknowledge and educate ourselves on these challenges, and make sure we’re actively hiring and including voices from those groups within the design process.

An accessible web is built by a team of diverse people. The best way to include visibility into the needs of folks with disabilities is by listening, hiring and empowering them to use their voices on your team.

Interested in learning more ways to create a culture of belonging at your organization? Watch the sessions from Open Forum: Building Belonging. is a Support Engineer on the research and development team at Greenhouse. As a first-generation Cuban immigrant, he brings a unique perspective to the tech space, advocating for diversity, equity and inclusion in the hiring process and across various initiatives at Greenhouse. Beyond work, his hobbies include playing the violin, trying to teach his two Siamese cats to roll over and indulging his avid interest in the history and architectural design of New York’s transit system.