How to implement structured hiring: Steps 5 and 6 – interviewing candidates and reviewing feedback

I hope you’ve been enjoying my blog series on Structured Hiring! Previously, we explored the meaning of structured hiring and then dove into how to implement it, including conducting the role kick-off meeting, defining your scorecard and planning your interview, and then creating an interview kit with these 4 types of questions.

Now, it’s time to touch on the next two (and final!) steps in the process—interviewing candidates and reviewing feedback during a round-up meeting.

Once you’ve found some promising candidates and brought them into the hiring funnel, it’s go time! Schedule some interviews to execute against the interview scorecard and interview plan you created after steps #2 and #3 to effectively interview and assess your candidates. By following this structured hiring process, you will be able to collect all the important information you need to make a data-driven hiring decision.

The round-up meeting: Using data to make a decision

Now that you’ve interviewed a handful of candidates, it’s time to come together as a hiring team in a round-up meeting and discuss the results of those interviews.

Your goal is to end the round-up meeting with one of the following:

Before you hold the round-up, be sure to sync with your hiring manager to determine who the decision-makers are, and who has veto power (more on that in a minute). Briefly review the feedback together so that you have a general idea of where everyone stands. And make sure to ask if they want to clarify anything in particular so you can help them dig in during the meeting.

How to run your round-up meeting

The scorecard of attributes becomes your meeting agenda. You’ll go through all the attributes in 3 steps:

It sounds easy enough, but we know all too well that there are a few things that can hold a round-up back from success. The most common issues are unclear roles and responsibilities in the meeting, lack of submitted feedback beforehand, or an inability to make a hiring decision.

Here’s how we suggest overcoming each of these pitfalls:

We’ve all been in a hiring meeting where an interviewer has strong opinions threatening to derail a decision, but they aren’t actually a key stakeholder for that hire. In order to run an effective meeting, be sure to take time beforehand to define who is:

Once you’ve established these clear roles, expectations are well set and the meeting should run much more smoothly.

If you’re trying to run a round-up meeting and there are participants who have failed to submit feedback in advance, we suggest beginning by asking them to provide their feedback first to maintain a fair process. At the start of the meeting, ask the interviewer to explain and justify their assessment of the candidate’s attributes. This will feel like they are wasting the time of others in the meeting by not being prepared, something most of us try not to do! Help interviewers understand that for all of their thoughts to be understood and weighed by the hiring team, feedback needs to be submitted in a timely manner.

You may find yourself in a situation where there’s a candidate with positive feedback but the hiring team still “isn’t sure.” To avoid stalling out, follow these 3 steps:

If your hiring team decides that none of the late stage candidates are fit to be hired, make sure to refine your interview process! You either weren’t quite testing the attributes effectively enough, or you were missing attributes from the scorecard that actually were required to make a hire.

To get every step of the structured hiring process in one place – and the tools to carry them out (think: kick-off meeting template, interview scorecard, and more) – be sure to download our new eBook, Structured Hiring 101. 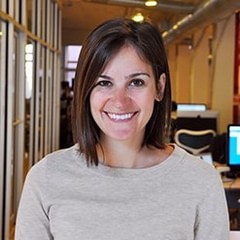 is the Head of People Planning & Products at Stripe, and former VP of New Products at Greenhouse. She's a strategic leader with a passion for solving complex business challenges and translating them into action.