The hidden power of the humble job posting 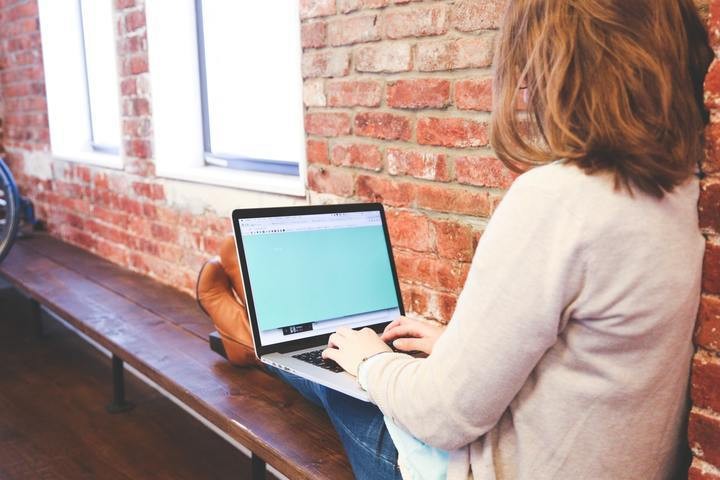 Creating an attention grabbing job posting is one of the foundations of a successful talent attraction campaign and there’s a number of key, upside benefits for organizations. But many recruiters and hiring professionals often overlook this important element in the recruitment process. Here are a few reasons why you should invest a little more time and effort into your next job posting.

The purpose of a job posting is to attract candidates to a job opportunity. It sounds simple but in practice it’s a tricky thing to get right. Creating the posting for a talent attraction campaign is often an afterthought and worse still something many organizations adopt a recycling approach to. Sound familiar?

It’s widely acknowledged that people are the most important asset of any business. In a recent KPMG survey 96 % of CEOs across the globe said they expect to increase headcount over the next three years, but their main concern is finding the right skills.

A job posting is often the first point of contact between job seeker and employer,and companies need to maximize the chances of engaging the interest of their target audience. A good job posting is a sales pitch for your opening. It needs to grab the interest of the reader, give them enough information to formulate a decision, create a buying signal, and entice them into clicking that 'apply' button.

In the UK in 2016, the job aggregator Adzuna reported that on average 1.1 million job openings were posted each month. And the US Bureau of Labor Statistics recently reported the number of US job openings increased to a series high of 6 million in April 2017.

That’s a lot of competition for eyeballs on your posting and these days job seekers are becoming more selective. So if your organization has a slightly blasé attitude towards job posting, you may want to re-think your strategy.

Get the job title right

It may sound obvious, but the job title is a crucial part of the posting. It needs to be discovered by the candidate and most importantly, it needs to invite the candidate to want to investigate further.

To ensure the title attracts the intended audience, it needs to be a recognizable job title that job seekers are actively searching for. Choosing a title that’s too specific or technical is likely to intimidate job seekers and cause them to feel unqualified and cause uncertainty about what the role actually entails. In a recent survey carried out by Monster, 64% of respondents said they would not apply for a job if they didn’t understand the title.

At the other end of the scale, selecting a job title that is completely obscure, quirky or downright ridiculous is also likely to ensure your talent acquisition campaign falls at the first hurdle. While you may think crafting a job title that’s way out of left field might be ‘attention grabbing’ or make a job sound more appealing, you’re more likely to miss out on the best matches for your job.

When choosing a title for your job, consider what job seekers might actually be searching for. They’re most likely searching for more generic or recognizable job title keywords than any creative job title you’ve given to a position within your business.

As an example, someone looking for a Brand Manager opportunity is most likely going to be using that search term as opposed to the Ultimate Brand Warrior label you’ve given the role in your business. Again, avoid getting technical and including specifics, it's unlikely that job seekers will be searching for this. Leave the technicalities to the description. In this instance, less is definitely more.

When a potential candidate reads, a job advert they’ll start to make an emotional judgement about the company advertising the role. They’ll then go on to assess if they would want to work for that company. This is due to a number of factors such as brand image and company perception which can either help or hinder the application process. There are online resources available to job seekers to help provide that insight, Glassdoor for example, but a job seeker will begin deriving this kind of decision forming information directly from the job posting itself.

If a posting is long, confusing and filled to the brim with unnecessary jargon, it can be off-putting for the job seeker. As many as 57% of respondents in the Monster survey said that jargon puts them off applying for a role.

Whilet a posting kept short and brief won't provide all the necessary information, it should give them enough to make an informed decision on whether they’d like to apply.

If a job seeker doesn't know what job they're applying for, why would they hit the apply button? Knowing your target audience is crucial to attracting suitable candidates.

As well as pulling in applications with the right qualifications and experience, to really make a great hire, a posting needs to appeal to those who will fit the company and office culture.

A posting can be used as a mechanism to find a good cultural fit, with the representation of personality within the tone and style of the copy. You should treat it as a ‘sneak peek’ into your company culture.

Highlighting perks, benefits and interesting information about the company can also really help to grab a job seeker’s attention. A LinkedIn ‘Job Switchers’ survey found that 49% of professionals said their biggest concern when changing jobs is not knowing what it’s like to work at the company.

While the nature of posting a job can steer us towards embellishment versus reality, in the context of employment honesty is hugely important. As that first point of contact mentioned earlier, the posting sets the tone for the rest of the candidate experience—especially if they go on to be a successful hire.

A job posting can positively or negatively impact cost of hiring, headcount planning and staff turnover rate. While trying to make a job opportunity sound as attractive as possible, avoid blatant untruths at all costs.

Being truthful about the company culture, the requirements of the position and the opportunities in the role at this early stage will ultimately help to heighten the retention rate of candidates in the process.

Research carried out by CW Jobs found that 87% of candidates expressed how important an honest and detailed account of the actual job role is within a posting. There really is no point advertising potential OTE of $1 million for a sales role to ‘get candidates in’ when no one in the history of the business has ever earned more than $100,000 in that role.

Remember there is a war for talent these days. Job Seekers have the luxury of choice and, like you, they don’t want to feel their time is being wasted. Factor in the number of online review sites, professional networking platforms and career forums and companies can very quickly create a bad reputation for themselves from ill-thought decisions made when creating their job posting copy.

Ask yourself this: If your company was putting together a marketing campaign for a new product launch, how much time, effort and finances would it invest to make sure the branding, content and overall campaign was ‘on the money’?

A job posting is exactly that; an advertisement. It’s a chance to showcase not just the job you’re hiring for, but your business as well. In 2016, the job search aggregator Indeed received 200 million unique visits per month to its site. That’s 200 million potential eyeballs per month on your business from a single channel! What would your marketing department give to access a potential audience like that?

Ok, so I’m not advocating using job advertising media as your principal B2C marketing channel, but bear in mind that a $50 dollar job posting has the potential to reach a global audience and raise awareness of your business as well as the opening you’re recruiting for.

So the next time you’re tasked with posting a new job opening, avoid the temptation to just re-use the content from a previous posting. Contributing extra thought into the creation of each posting can have a major influence on how successful your recruitment process is. Ultimately, your posting needs to attract job seekers and convert relevant candidates to the action of applying for your job.

Go on … get your creative juices flowing and write something refreshingly new. You’ll be surprised at the benefits you can gain.