A structured approach to onboarding engineers 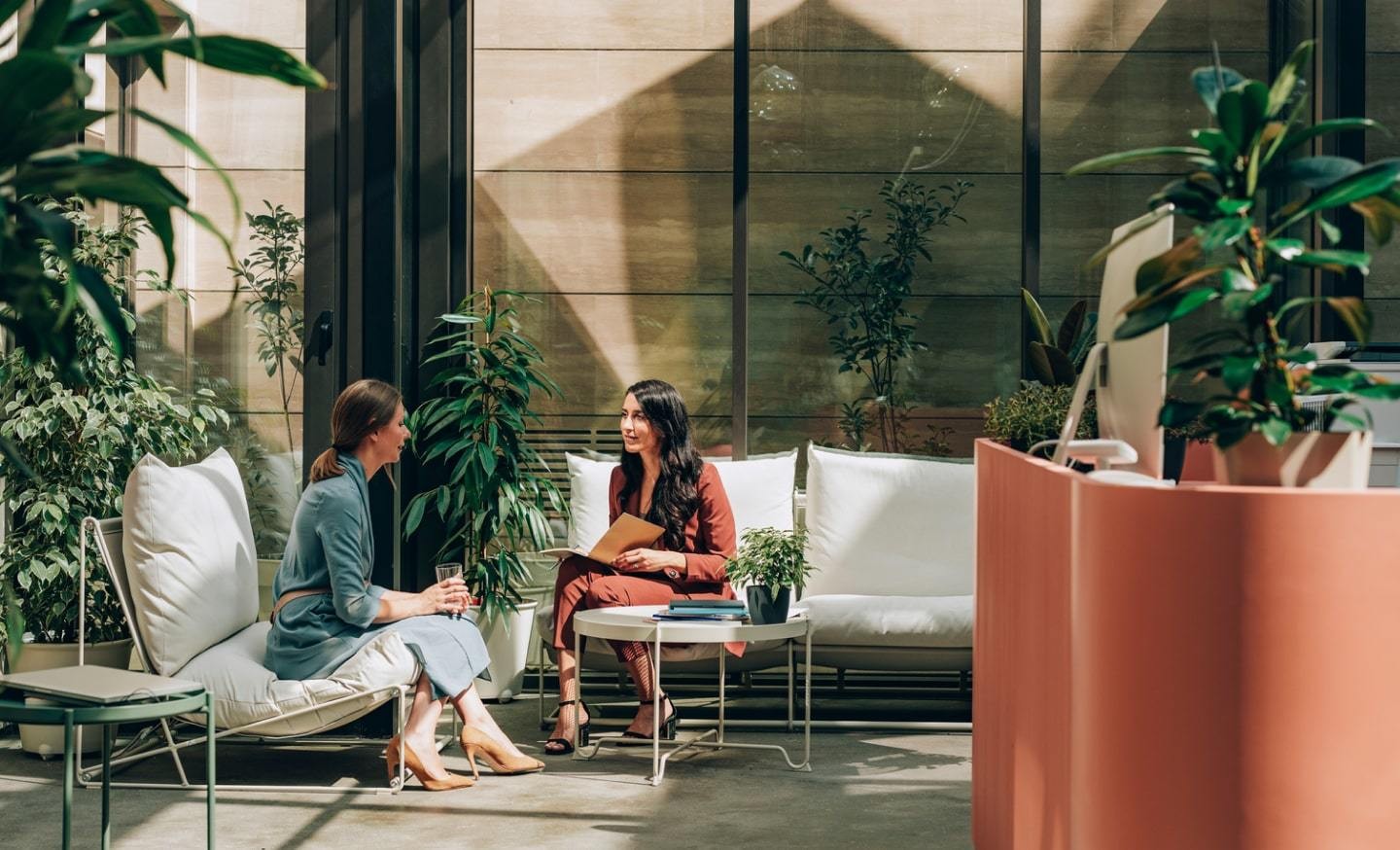 Onboarding engineers can be a complex and time-consuming process – but it doesn’t have to be. Aaron Gibralter, Director of Engineering at Greenhouse, believes structured onboarding is the key to ramping up new engineers in a consistent and repeatable way. We caught up with Aaron to learn how the Greenhouse engineering team takes an iterative approach to new hire onboarding.

Pro tip: You don’t need to be a technical team leader to apply these ideas. Aaron’s recommendations work for anyone who’s involved in onboarding new employees.

How do you know it’s time to revamp your onboarding process?

There are a number of reasons why you might want to rethink your approach to onboarding. You might hear from new hires that their experience was a little clunky, confusing or inefficient. You might observe that new team members aren’t ramping up as quickly as you’d like. Or perhaps you’re entering into a period of rapid growth and high-volume hiring where the same old approaches just won’t work.

For the Greenhouse engineering team, 2019 was a huge hiring year – which led to some self-reflection. Aaron says, “Up until that point, we’d fix things in an ad hoc way. We used a pretty common practice of asking the most recent person to go through onboarding to make that process better for the next person. While that approach works, it doesn’t necessarily scale when you’re hiring a lot all at once.” It was time to redesign the onboarding process to make it more repeatable and scalable. 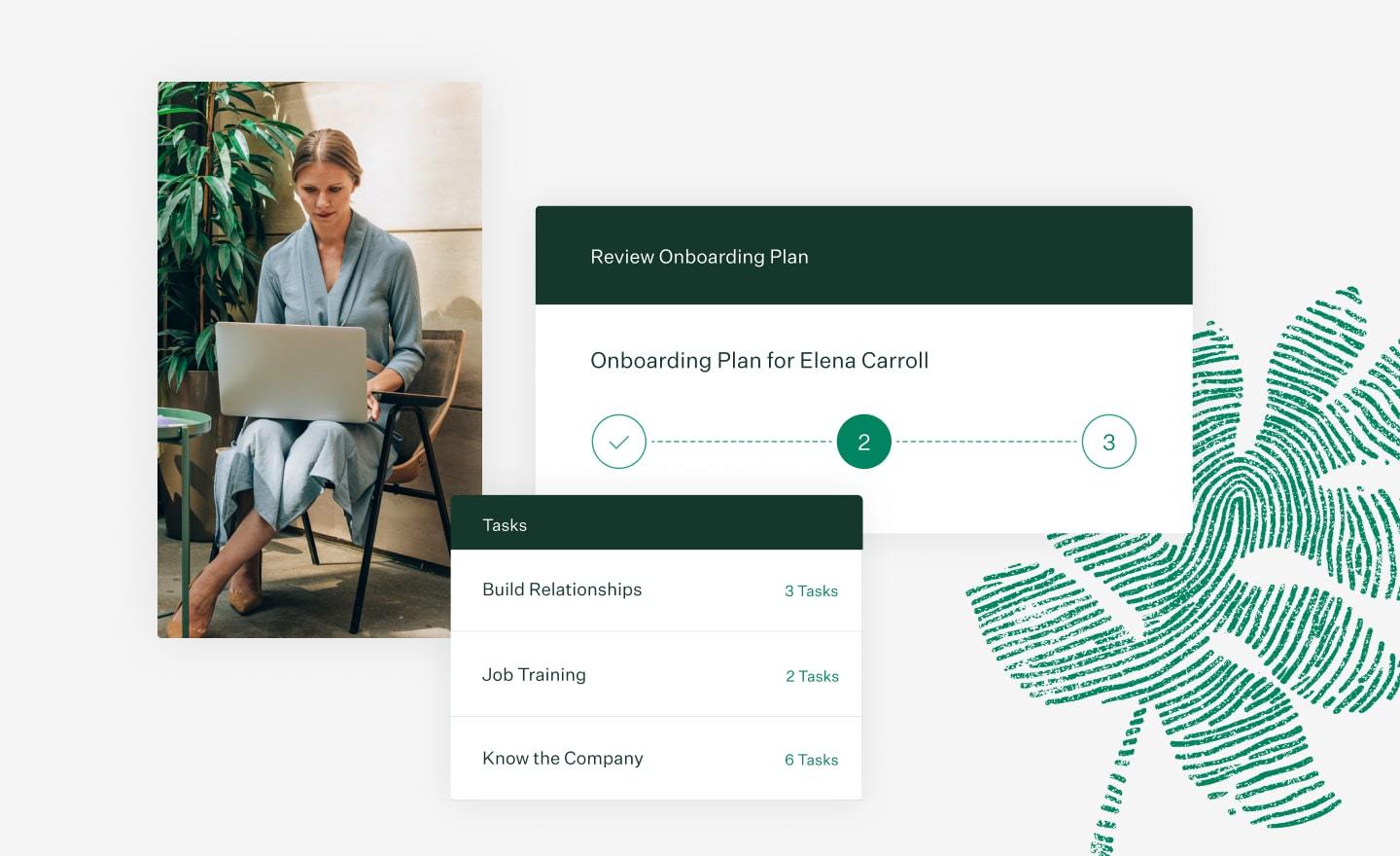 The team formed an onboarding committee with several engineering managers and recent hires. They met bi-weekly to evaluate the existing engineer onboarding process and plan out how to improve it using the Greenhouse Onboarding product.

Let’s look at the process the onboarding committee used to achieve this.

The onboarding committee started by defining their goal and what they were trying to achieve through onboarding. They decided on getting new hires up to speed and contributing as quickly as possible in a sustainable way.

All managers would like to see their new hires get ramped up quickly, but this is especially important for software engineers because they’re an expensive resource. “The faster we can get them producing, the better the results for the company,” says Aaron. 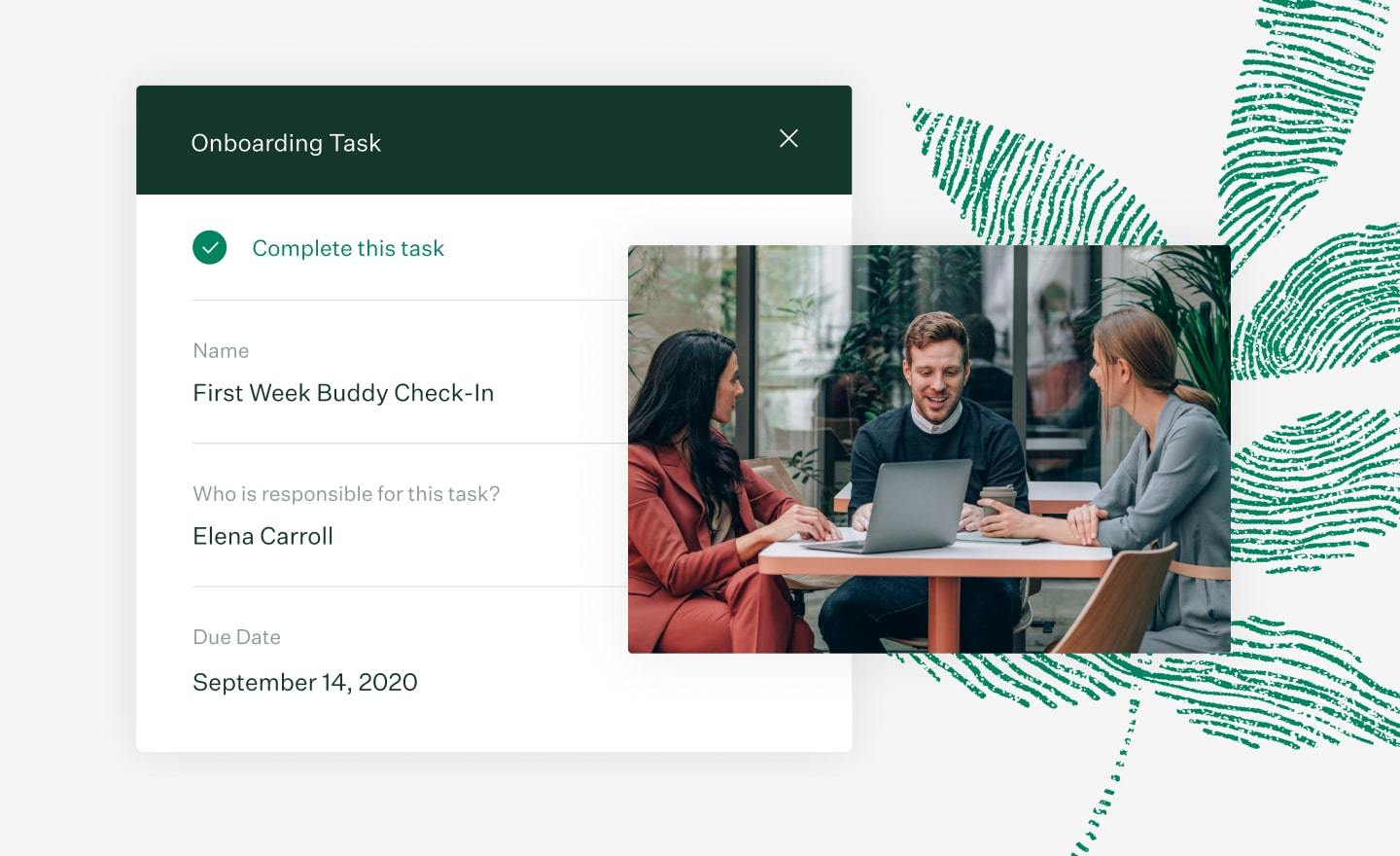 How does the engineering team know when a new hire is fully ramped up? The onboarding committee defined a series of milestones and the types of behavior they’d expect to see from the new hire at different stages of the process. According to Aaron, they’re more “guidelines” than a checklist.

Step 2: Work backward to think about what you need to do

Once the onboarding committee understood the high-level goals of their onboarding program, they worked backward to think about what they needed to do to achieve those goals. Aaron says they used a classic software engineer retro as their framework. They asked themselves what went well, what didn’t and what questions new hires still had at the end of onboarding.

Then they discussed and prioritized action items based on their findings. “We codified everything we could within Greenhouse Onboarding,” says Aaron. For each piece of the puzzle, they figured out the ideal person to own responsibility for the new hire and built that into the Greenhouse Onboarding plan for new hires in the engineering department.

For example, the committee knew that “engineers should help a new hire get set up in their dev environment” within their first five days on the job. But managers are often too busy to sit with new hires and walk them through this task. The committee ultimately decided to use an engineering buddy system, designating a team member as each new hire’s buddy and assigning them tasks in Greenhouse Onboarding. 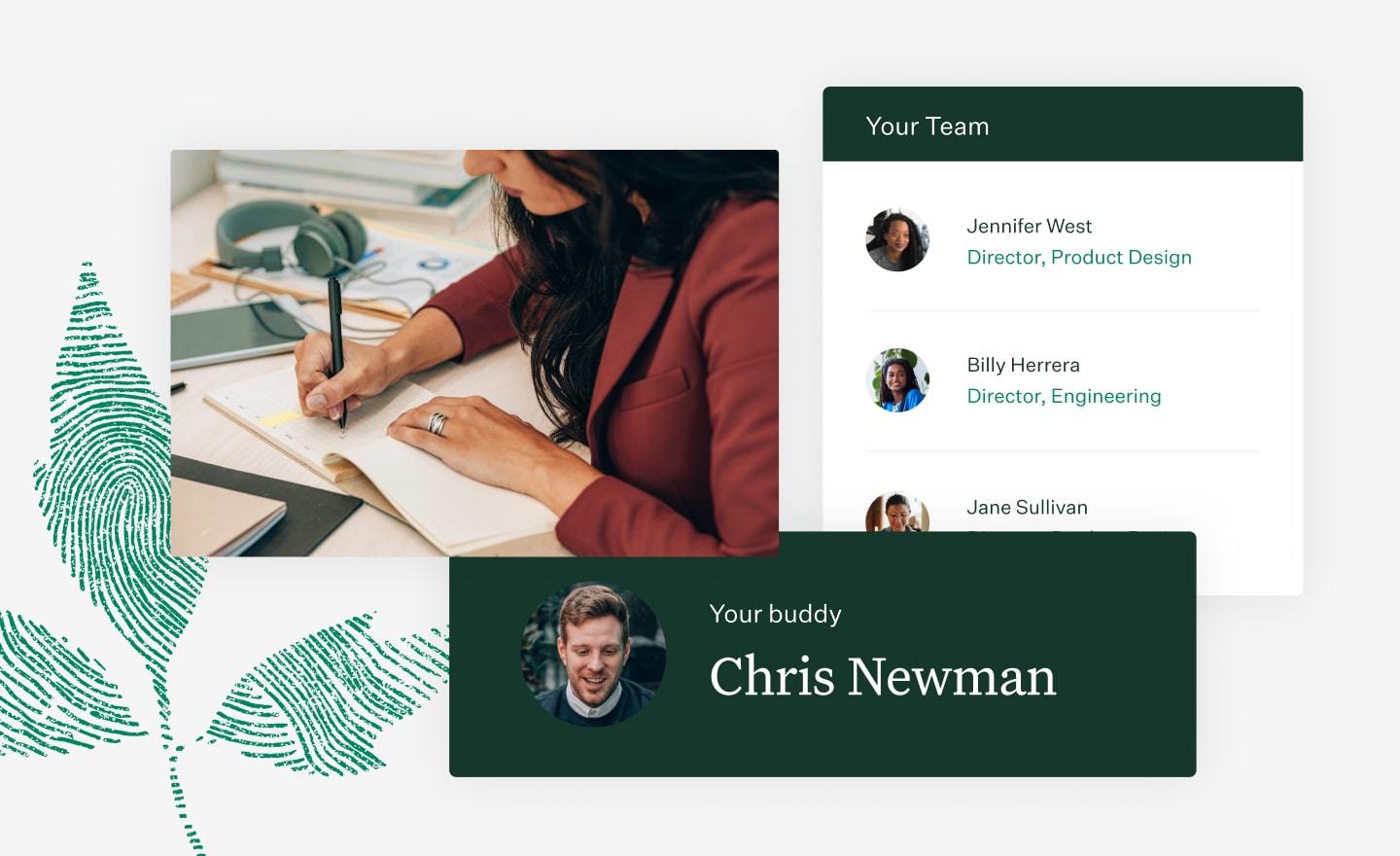 The engineering department at Greenhouse includes several teams and roles such as product engineers and site reliability engineers. Some tasks are applicable to all engineers and some are specific to a particular role or team. The onboarding committee worked with the Greenhouse people team to outline these different cases. When a software engineer starts on the product engineering team, for example, they’ll be tagged with “other criteria” so they get assigned the right set of tasks for their role.

Step 3: Start implementing a reasonably good version of the process

The committee realized they wouldn’t be able to make all the changes at once. Aaron says they treated the process like product management, with the “product” being a new engineer getting ramped up. They already had a minimum viable product and they’d roll out changes to it on an ongoing basis.

Instead of trying to get a perfect and complete version of the new onboarding process in one go, the committee prioritized tasks. They took a similar approach to their normal engineering work, looking at what would have the most impact while being the easiest to accomplish. Over time, they could move on to tasks that would require more effort but also make a big impact.

The buddy program was one of their first improvements to engineer onboarding. There was already an official buddy program run through Greenhouse’s people team, but, as Aaron says, “We also felt it was important to have a peer you could go to for help as a new hire in those first few weeks.” The committee codified the buddy system in Greenhouse Onboarding through custom fields and tasks that are assigned to the new hire’s buddy.

The committee continued to meet regularly to reflect on how the onboarding program was shaping up. They’d add things to their backlog and get rid of tasks that were confusing or unhelpful. Eventually, they were able to tackle some of the high-effort, high-impact tasks they’d outlined, such as creating a code lab environment for new engineers to play around in. 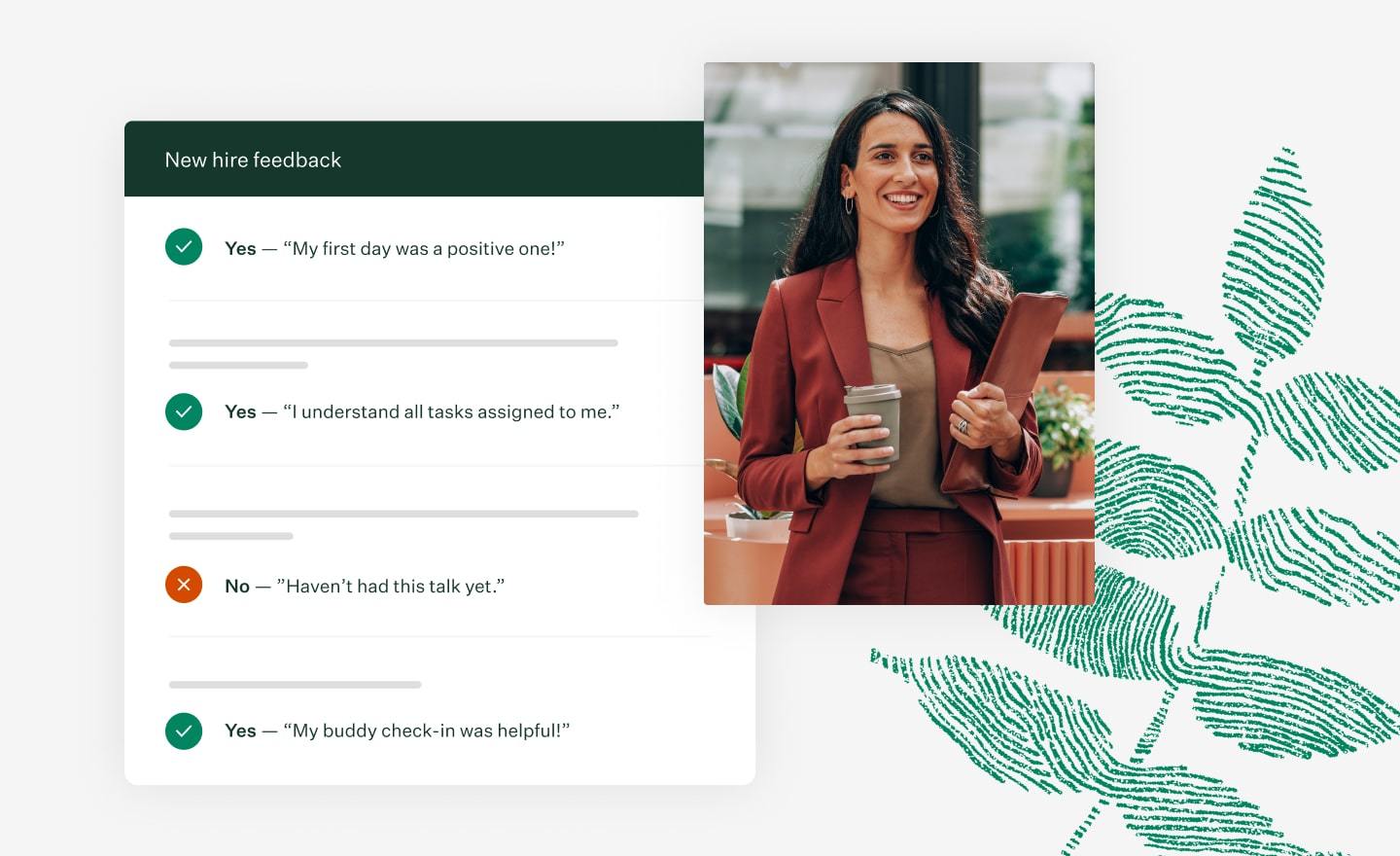 Over time, the committee meetings have evolved. “At the beginning, we were more focused on triaging the list of ideas we came up with,” says Aaron. “Then it became more about discussing the status of what we’ve been working on and whether anyone has heard anything new.”

The committee gathers feedback from managers and new hires informally to ensure the changes they make are effective. Aaron is hoping to create a more formal scientific approach to collecting feedback in the future.

Tips for creating your own customized onboarding process

To apply these ideas at your organization, Aaron recommends collecting feedback about your existing process – whether it’s through surveys, interviews or a retrospective meeting with recent hires. Then follow the steps we’ve just walked through: “Start a process, set structured goals and lastly, measure, iterate and improve.”

If you’re a People team member, Aaron suggests finding hiring managers who are excited and willing to work closely with you: “I think it’d be hard to design a process for a team that you’re not a part of. What made this successful was that it came from within. As engineers, we wanted to solve our own problems.”

Aaron believes the key to successful onboarding programs is ultimately a strong partnership between the people team and managers. Managers bring the deep expertise about what it takes to ramp up and succeed in their department, while people team members can help translate that information into clear steps and tasks. And Aaron says, “A tool like Greenhouse Onboarding is a great way to encode this into a system that is both repeatable and scalable.”

Learn how Greenhouse Onboarding sets new hires up for success.