Growing in the Greenhouse: Spotlight on senior director of Engineering, Adam Creeger 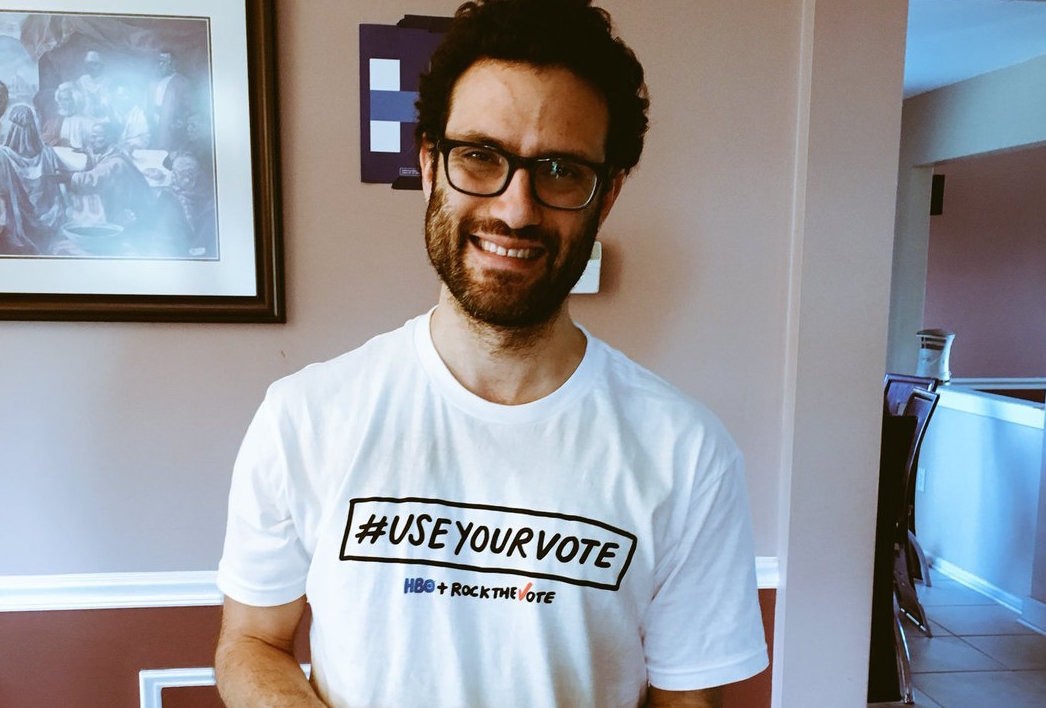 For some Greenhouse employees, the shift from the early stages of their careers to what they’re doing now has been significant, like Andrew Zirm’s transition from astrophysicist to data scientist or LV Vicknair’s path from sales development representative to security engineer. In other cases, like Jennifer Ho’s, working in related fields like sales and marketing led to a current role that blends both perspectives.

But in the case of Adam Creeger, the intersection of business and technology has always been what fascinated him. This focus started during his early foray into entrepreneurship as a teenage IT consultant, led to his double major in Computer Science and Management, and translates directly to his current role as a Senior Director of Engineering at Greenhouse. His career has taken him across the Atlantic a few times (he’s originally from the UK), but he’s loving life as the “Token Brit” at Greenhouse.

We caught up with Adam to learn more about his early days of programming, how a good manager can leave a lasting impression, and what keeps him excited about coming to work at Greenhouse every day (other than the stash of tea he keeps at his desk).

AC: I worked at a computer retail store when I was 17. I learned two things there: How to work with non-technical people and what it feels like to have a great boss. He was a really thoughtful, approachable guy who cared about me as a person as well as me doing a good job. He celebrated my wins and pointed out where I wasn’t doing well.

GH: It sounds like that really set the tone for your career to start out with such a good manager.

AC: Totally. My memory of that job was him and what a great manager he was.

GH: You were a computer science major at university—what led you to pursue that?

AC: I’ve been programming since age 5, so my path always felt obvious. My mum bought these magazines with listings and I would type out the code from the magazine into the Commodore 64 and hit a button. If we did it right, lots of cool stuff happened, and if we did it wrong, it would just say, “Syntax Error” and we’d have to retype the whole thing. Most of the time I’d have to retype the whole thing and it was painful, but it gave me this knowledge that I could type into a computer and cool things would happen.

Later on, I got good at fixing computers and understanding how the various parts worked. When I was 14, I’d go around as a consultant to my dad’s clients—he’s an accountant—and help them set up their computers.

I was a double major in computer science and management studies. Because of my experience with my dad’s clients, I was always interested in the business value that the technology could drive. I also learned a lot of useful things about organizational psychology.

GH: You’re originally from the UK—why’d you jump the pond?

AC: One of my former employers was an advertising agency. They were involved in a pitch for some business from a very large and famous tech giant and they asked me to take a lead role. I only had about 5 years of engineering experience at that point, but because of that business focus, I’ve always found it easy to match the business drivers with the software. And we won the pitch. The tech company had two requests: One was that the work be carried out in the Pacific time zone, and the second was that I lead the project. That meant me moving to San Francisco. And me, being 26 at the time, I was like “Okay!”

GH: Tell us about your journey to Greenhouse. How did you find out about the company and what appealed to you about it?

AC: I came to New York from SF and freelanced for a little while. I wasn’t necessarily looking to work full-time somewhere, but eventually I started interviewing and exploring my options, responding to the various emails I’d get on LinkedIn. And one of those emails was from Greenhouse. They specifically mentioned that Bouff (VP of Engineering Michael Boufford) did some lecturing at NYU and that was something I was interested in.

He invited me in and he reminded me of that first manager I had who was really thoughtful and people-centric. I liked that we shared the same philosophy of using technology to drive business rather than just technology for technology’s sake. As a candidate, all of my interviews with Greenhouse were really structured and felt meaningful. When I met Dan and Jon (Greenhouse CEO Daniel Chait and President Jon Stross), I thought they were sensible, mature, experienced, and approachable. And when I looked up the reviews on Glassdoor, it seemed like everything aligned.

GH: Tell us about your current role as Senior Director of Engineering. What are your main responsibilities and what is a typical day like for you on the job?

AC: I look after several branches of engineering: our Recruiting product, solutions, data migrations, and professional services. Some of these departments are newer and require more of my guidance and support, while others are more established and my role is mostly strategic, ready to step in when necessary.

Since there’s a range of very hands-on to more supportive roles that I fill, that’s reflected in my day to day. There are a lot of meetings from one-on-ones to tactics and strategy and process meetings. I also do pre-sales work when prospects want to talk to someone about integrations, if someone from our integrations team isn’t around.

AC: Any time I get to promote someone or transfer them into a new role that’s fulfilling a career goal of theirs. Hiring people who come on and do great things—there are too many of those folks to mention.

We also went live with a high-profile customer after a great deal of work. When I stood up to announce it, I got really emotional—it really hit me how it was a cross-functional effort and I was so proud of the team. We could only have done it with that team—everyone came together and everyone was so good at their jobs.

As an engineer you definitely get a lot of recruiters reaching out to you, but what keeps me excited is having a manager who’s looking out for opportunities in the business for me. There’s a commitment to great people, the freedom to be the best manager I can be, and the direction of the product. The rate of change with the product and company is just enough—you know that Greenhouse of next year will be different from where it is today. 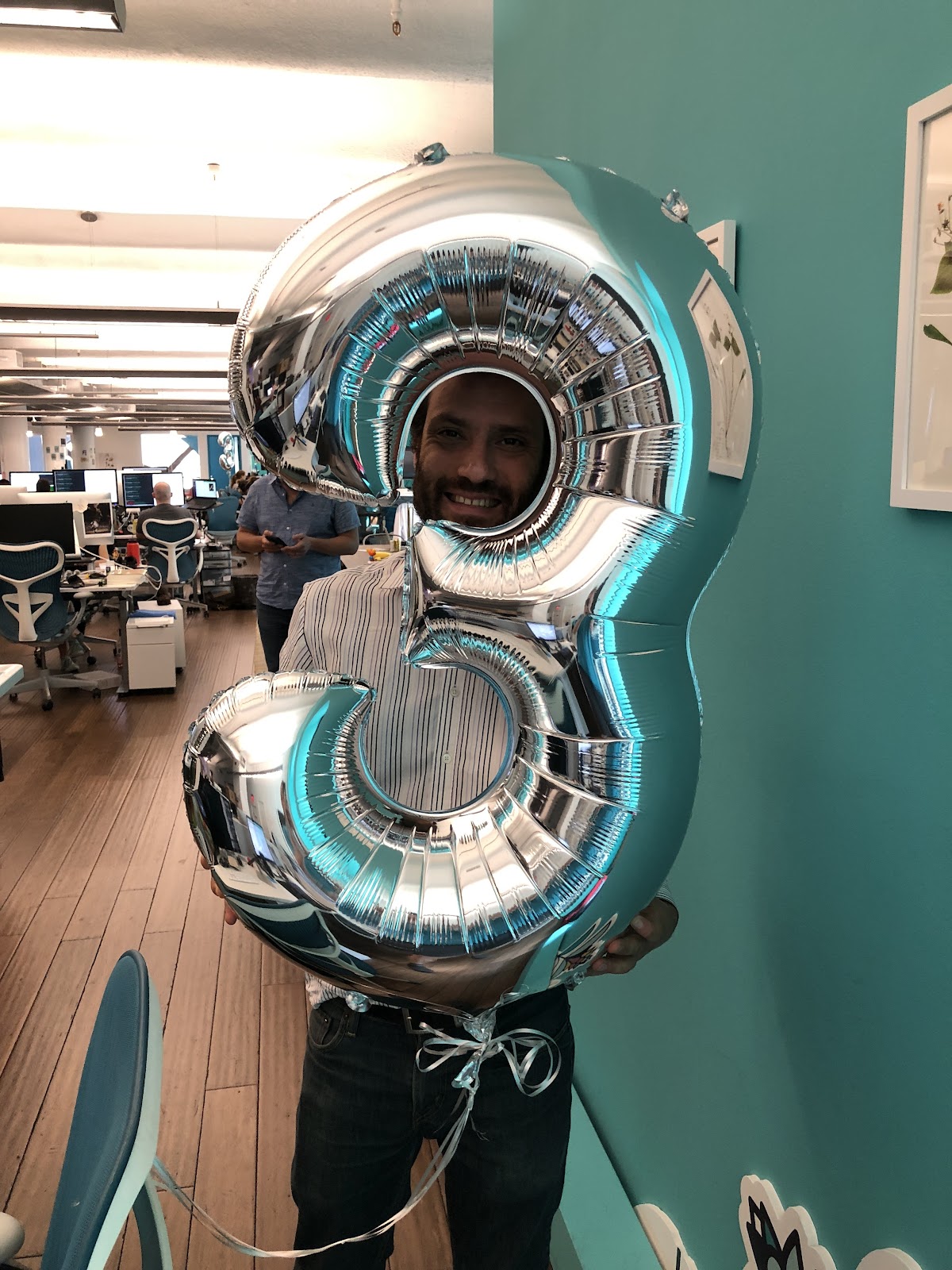 GH: You’ve been at Greenhouse just about 3 years, which means you should have a bobblehead coming soon. What do you think yours will have on it?

AC: As someone who has two kids and an hour commute, I don’t really feel like I have a lot of hobbies. But I think the things that people know about me are DJing, drones, and tea. My Slack name is “Token Brit” and that’s on my car license plate, so that might figure in somewhere.

GH: Tell us more about the DJing.

AC: Dance music was my life for a long time—I used to DJ and throw parties in London.

GH: Can we find you on SoundCloud or anything?

AC: Nah. I predate all that stuff!

Want to compare notes on your favorite UK DJs of the late ‘90s–early 2000s with Adam? Greenhouse is hiring! You can check out our open roles here.

Stay in the know on all things talent-related with our weekly newsletter, delivered to inboxes all over the world every Friday.