Growing in the Greenhouse: spotlight on data scientist, Andrew Zirm 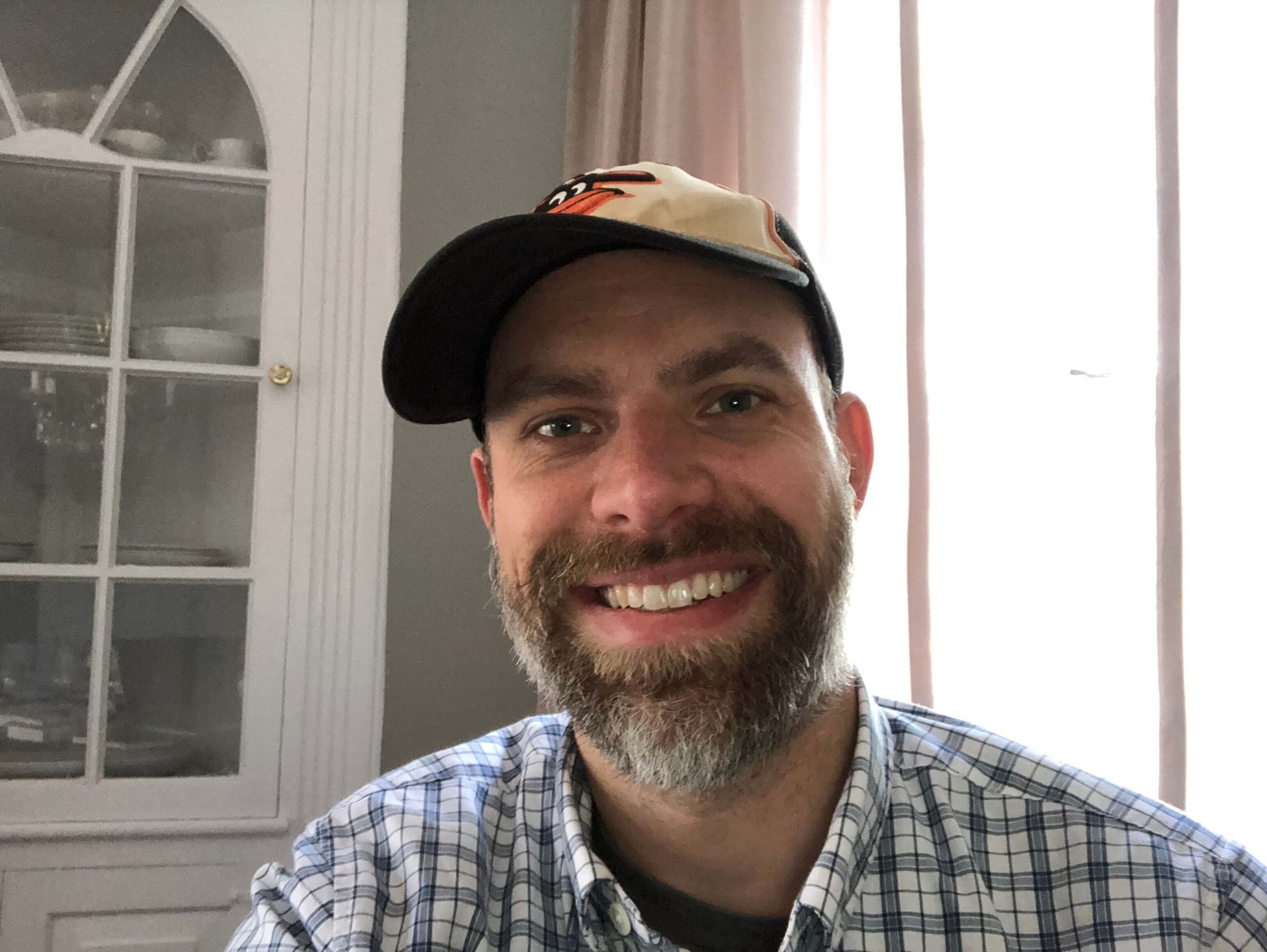 How did Andrew Zirm end up at Greenhouse? It’s not too off base to say that the stars just aligned for him. After completing his PhD at Johns Hopkins in astrophysics and working in academia for several years, Andrew wondered if there might be a more earthly application of his knowledge. He was pleasantly surprised to find out that there was, and Greenhouse gave him the opportunity to apply data to more everyday problems. Side note: We’re not the only ones to find Andrew’s career trajectory fascinating—he was the subject of a feature in the New York Times.

We caught up with Andrew to discuss his obsession with space, the similarities and differences between working in academia and tech, and his newfound notoriety in his family thanks to his Greenhouse bobblehead.

Andrew Zirm: I worked at Kinko’s Copies when I was in high school. It was a pretty cool job, I met some good people. And because I’d worked there in high school, when I came to college at NYU, I ended up working at Kinko’s again up here. My previous experience seemed to give me a foot in the door.

GH: You have a PhD in astrophysics. What drew you to that subject initially?

AZ: I was interested in space from a very young age. I’d make my mom draw the planets and dragged my great-grandmother out of bed to see Venus at 4am. When I was in high school and took physics, I enjoyed that class very much—I had a great teacher and I did well in it, so for undergrad I decided to be a physics major. Once that was finishing up, I started applying to a bunch of grad schools, not necessarily knowing that I wanted to do a PhD in astrophysics specifically, but physics of some sort.

Of the schools that I got into, Johns Hopkins was the most attractive—I’d grown up not too far from Baltimore. Hopkins is more focused on astronomy, and right across the street is the Space Telescope Science Institute that runs the Hubble telescope, so it was a good environment to do astrophysics in.

GH: You worked in academia for ten years before making the switch to the business world. What prompted you to shift from astrophysics to data science?

AZ: Back in 2012, I married my wife, we got pregnant—my son was born in August 2013—and we were living in Copenhagen, Denmark at the time. While we liked a lot of things about living there, being away from family was difficult for us. We’d only make it home a few times a year and it was expensive, so I had started thinking about how we might relocate back to the US.

On the career side, I had published some papers and had colleagues I enjoyed working with, we were relatively successful as a group, but the impact was very narrow. Even if you write a paper that a lot of people like, that “lot of” people is dozens, at most, and that paper might be the result of years of work. So I was looking to broaden the impact of what I was doing day to day.

I had one colleague who was looking into other career paths for people with our skill sets, and he ended up getting involved with the Insight Data Science Fellows Program and was hired by Square out of that program. I reached out to him to learn what it was like and ended up participating in the program myself.

GH: What was it about Greenhouse that appealed to you?

AZ: I’d had some bad experiences in terms of recruiting graduate students, so I’d felt the pain of a bad hiring decision firsthand. I felt like not only would I be able to deal with data of a different character, live on the East Coast near family, and have a broader impact, but also I’d be having an impact on an area that I think is key; hiring. People spend a ton of time at work, and if it’s not a right fit on both the side of the employer and employee, that can be detrimental.

GH: Tell us about your role at Greenhouse and what a typical day is like for you.

AZ: I used to be basically the one-stop shop for anything data related, so I’d handle requests from the sales team about how many customers were using a particular feature or that sort of thing. We’ve recently been expanding the team, so now I can focus on higher level analysis or more strategic thinking on how we can best extract value from our data.

We just launched the Greenhouse Predicts feature, and that’s been part of my day to day work for about the past year. That’s our first foray into machine learning and building a product feature based on it, so it’s involved data wrangling, building the system to support the feature, modeling, and understanding what data we have and how we can clean it and get it in better shape.

GH: You’ve been a part of the Greenhouse Diversity Committee since its inception. What prompted you to get involved?

AZ: Not unlike academia, especially science and physics, tech has some diversity problems. While I was doing my PhD, I saw how people of color and women who were perfectly capable ended up dropping out of the program. It seemed like we should be doing better. I think it’s important to be honest about what’s happening and do our best to be more inclusive.

The Diversity Committee was an initiative that came from employees, and we’ve done a few different things—we’ve served as internal consultants to various teams and departments here at Greenhouse. And many of the people who started out in the Diversity Committee also got involved in TechYes!.

GH: What have been some of the highlights of your time at Greenhouse?

AZ: Seeing Greenhouse Predicts launch was definitely one of them.

There was a particular TechYes! event early on where we pulled together a lot of fun stuff for attendees, and some of the people who came to that event have showed up for every event ever since, so we definitely won them over.

And being relatively new to the business world, I was happy when the VP of Engineering took me aside after a meeting a few months ago to compliment me on how I’ve grown in terms of business strategy.

GH: Celebrating growth seems to be a big focus at Greenhouse. Can you shed some light on what that means?

AZ: Yes, definitely. On the engineering team especially, we put a lot of emphasis on learning and development. We have a personal budget for Learning & Development (L&D;), which I’m trying to use as much as I can. And in our daily stand-ups, we also mention our L&D; pursuits to make sure we give them equal weight to our day-to-day work.

GH: The value of employee engagement is paramount to professional and personal happiness and business success. You’ve been at Greenhouse for more than 3 years, which can only mean one thing: You must have a bobblehead. What special accessories does your personal bobblehead boast?

AZ: Mine has a telescope next to me and I’m holding a sky chart, so I think it’s pretty on the nose. It’s been a fun thing to share with my friends and family—my career path is data scientist/bobblehead model. 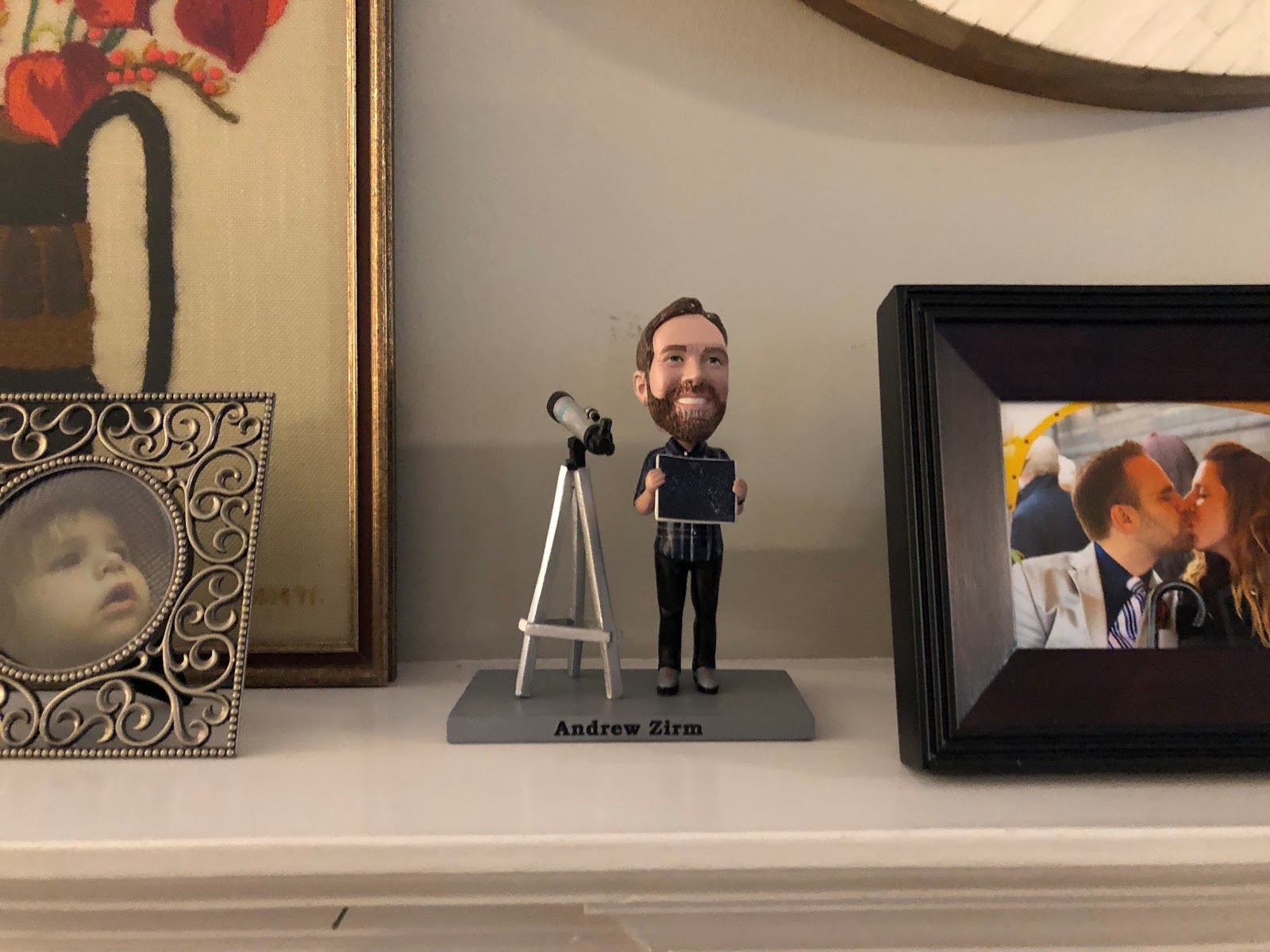 Want to debate whether Pluto should still be considered a planet or discuss other astronomical concerns with Andrew? Greenhouse is hiring! You can check out our open roles here.