A helpful guide for distributed management Whether you’re just getting used to a new work-from-home norm or are already well versed in the distributed lifestyle, being a good manager to those who aren’t physically around you can be a challenge.

At Greenhouse we consider a team to be distributed if they have at least one member who’s primary office is different from the rest of the team. That could be someone who works remotely, either from their home or a coworking space, or someone who works in a different office location. It could also be a fully distributed team, where none of the members are in the same office. Or it might be a partially distributed team, where one or more members occasionally work in a different location.

The challenges that come with it

A theory of mine is that many of the problems that distributed work exposes are also problems that occur once a team reaches a certain scale. A three-person team scaling to an eight-person team might encounter many of these communication-based scaling issues along the way, but a distributed team will encounter them sooner. My theory is that building a small team to be distributed-capable early on can help it scale better later on.

These all make for more effective teams in general – for instance, using chat is less disruptive than interrupting people to ask a question, plus the question and answer are now part of a permanent, searchable record.

A great measure of success for distributed teams that I learned from Jason Webster, one of our Enterprise Account Managers (and a remote manager himself), is that he considers his team to be successful if they don’t even notice that he’s working remotely.

Be intentional about your communication.
When you’re a small team that all sit within arms reach of each other, you can afford to be a little lax about your communication. It’s easy to poll the group for today’s lunch location. It’s easy to see whether someone is at their desk and available to talk, or when they’ve gone to the kitchen. And more importantly, it’s easy to just talk to people, establish a rapport and build a relationship with them when you’re all in the same space for 40+ hours every week.

If you’re on a distributed team, you don’t have that luxury. Building a rapport with team members and earning their trust takes time, effort and frequent communication. If you don’t have in-person opportunities for regular communication, you have to seek it out intentionally. As a manager, it’s your responsibility to build this relationship with your team, and you can’t rely on hallway conversations to get to know them. Here are some ideas for being intentional about your team communication:

Have empathy for your coworkers.
This is really the golden rule of running distributed teams. We should strive to make all our team members feel like they belong – to do that, we have to be able to understand how they feel.

“We create belonging” is one of our core values at Greenhouse, and I really think it’s a great tenet to hold as a manager in general. When we treat our teams as distributed-first, are intentional about our communication and formalize our team’s work practice, we ensure that everyone on our team can contribute equally.

Should your whole team embrace the distributed life?

Another major consideration for managers is whether to allow a specific person to work remotely. While I do encourage everyone to support remote work and distributed teams, it’s also true that this work style doesn’t work for everyone, and it’s better to ask the hard questions first before you make a big change. Before I approve a local team member moving to another office, or working from home especially, I ask these questions:

Without the right mindset and the right support system, working from home can be a terrible experience. Personally, I need the right mix of family, friends and hobbies to keep me sane while working from home. For some extroverted people, no amount of support can replace the in-person contact they need to feel happy. Be sure you or your teammate is prepared for this change of scenery, and that you are prepared to fully support them as they make this change.

Whether we like it or not, remote work and distributed teams are here to stay. Distributed teams face challenges that colocated teams don’t have, but the benefits far outweigh the costs. As managers, we have the additional challenge of ensuring that our distributed teams are set up for success. These best practices have served me well as a remote team manager at Greenhouse, and I hope that you find them helpful as well.

Looking for more tips on successful distributed working practices? Discover how to include distributed employees in your company culture. 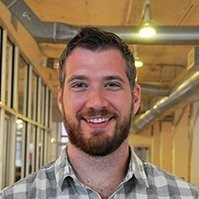 is the Director of Technical Operations at Greenhouse, where he’s responsible for maintaining the company’s cloud infrastructure. Mike has been working remotely for over six years, both as a software engineer and as a manager. When he’s not working, he’s probably playing guitar, rowing or dressing up like a dinosaur or princess with his twin daughters.