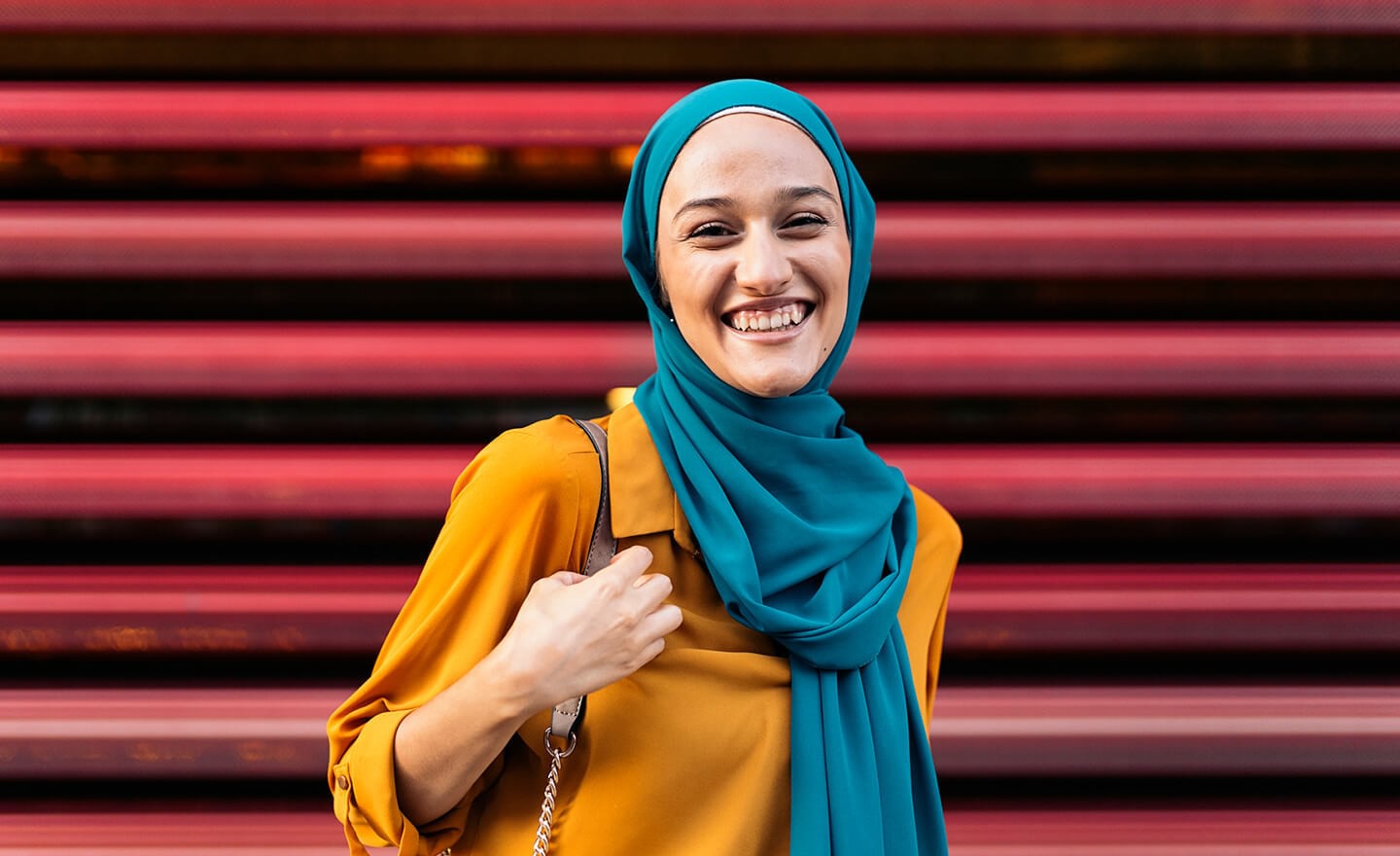 60% of the Middle East and North Africa’s (MENA) population is under the age of 35, making it the region with the youngest population in the world. Since the Arab Spring, large investments have been made in education: on average the region spends more on this sector than Organisation for Economic Co-operation and Development (OECD) countries.

The rapidly growing talent base in this region represents a big opportunity for global tech companies. And the talent is diverse. The Middle East and North Africa is the only part of the world where girls outperform boys in high school math. In Palestine and Tunisia more women study computer science than men.

Yet this pool of talent is mostly untapped due to an undeveloped local job market. Nearly half of college graduates in the region are unemployed, and unemployment is especially high for women: 83% of female Palestinian computer science students do not work.

Keeping a strong talent pipeline is one of the biggest challenges facing the tech industry, and diversity of talent continues to gain priority. The COVID-19 pandemic has led to a seismic shift that has made it easier to hire these engineers for remote or on-site jobs in Europe and North America.

Manara is a social impact startup backed by Silicon Valley’s most successful entrepreneurs and investors. Y Combinator, Stripe, Reid Hoffman, and others have invested because they recognize the urgency of growing talent from beyond traditional sources.

We are not a zero-to-hero bootcamp. We are not an outsourcing company for cheap talent. All of our engineers are Computer Science graduates. They already have advanced English skills and excel in leadership and collaboration.

They join Manara seeking to work at top tech companies, whether by relocating to the West or staying home in the Middle East and North Africa and working remotely. Manara provides an intensive, 4-month training & vetting approach to ensure that they truly have the caliber required. 71% of the engineers we refer to Google pass the on-site interviews.

We are brushing aside stereotypes about the region so that the world can access this excellent source of talent.

You can change lives - without sacrificing quality

Our hiring partners are changing individuals' lives and their communities' perception of what's possible. And the best thing? You don’t have to compromise on quality. We consistently hear that our engineers are among the top candidates recruiters and hiring managers have interviewed.

Nearly 50% of our engineers are women - and their stories are so inspiring that they have been going viral online.

Samah realizes now that Palestinians qualify for jobs that used to feel out of reach. In fact, after she interviewed at Google, we heard from hiring managers that she got some of the best feedback they’d ever seen.

Rula interviewed for internships while bombs fell around her. She never missed a day of communication with her future employer, and only delayed her start date by a week.

Dalia said that going from Gaza to Google felt like being invited to an alien planet. It was her first time flying on an airplane. She now feels like “anything is possible.” And we recently heard from a 15-year-old girl in Gaza who declared, "I hope to be like Dalia when I'm 19 years old."

While the number of Computer Science graduates in MENA continues to grow, local opportunities are not increasing at the same speed. In fact, MENA is the only region in the world where the risks of unemployment increase as levels of education increase. In Palestine, for example, a shocking 83% of women computer scientists are unemployed. The utilization of human capital in MENA is a major challenge.

This is where Manara steps in.

We founded Manara in 2018 as a side project. Iliana hailed from Silicon Valley and later worked in Gaza. Laila graduated from one of the top universities in Gaza before becoming a software engineer in Silicon Valley.

We knew there was incredible talent in the region. We both wanted to hire our teams in Silicon Valley. The missing piece? A bridge to overcome the small gap they faced. We launched a pilot to train top computer scientists in the region on the key concepts and soft skills they would need when working at a global tech company.

Since then, Manara has grown exponentially. We have a community of ambitious software engineers we inspire to seek careers beyond their local environments and tackle imposter syndrome. We provide career mentorship and an intensive training program powered by an expert network from global tech companies.

Our engineers have been hired by Google, Amazon, Zalando, Careem, Intercom, Repl.it, Qualtrics, Noon and many other companies in Europe, the United States, and Dubai.

Our ultimate vision is to unlock the human potential of the Middle East and North Africa. We want to brush aside stereotypes about the region and open the world up to the resilience and talent of these computer scientists.

Interested in hiring the top computer scientists in MENA? Reach out to us at hire@manara.tech

To learn more about Manara, come speak to us at our booth at Greenhouse Open Forum: Transform Your Hiring Practices (EMEA). are the Co-founders of Manara Tech. Manara is a social impact startup whose mission is to unlock human potential and diversify the global tech sector while uplifting the economies of the Middle East & North Africa (MENA), with a focus on Palestine and women. They identify the top computer scientists in the region, teach them how to pass interviews, vet them and help them find remote or on-site jobs. At Google 71% of their referrals pass on-site interviews. Their investors include Stripe, Y Combinator, Seedcamp, Reid Hoffman, Paul Graham, and Jessica Livingston.