How to confront workplace gender inequality 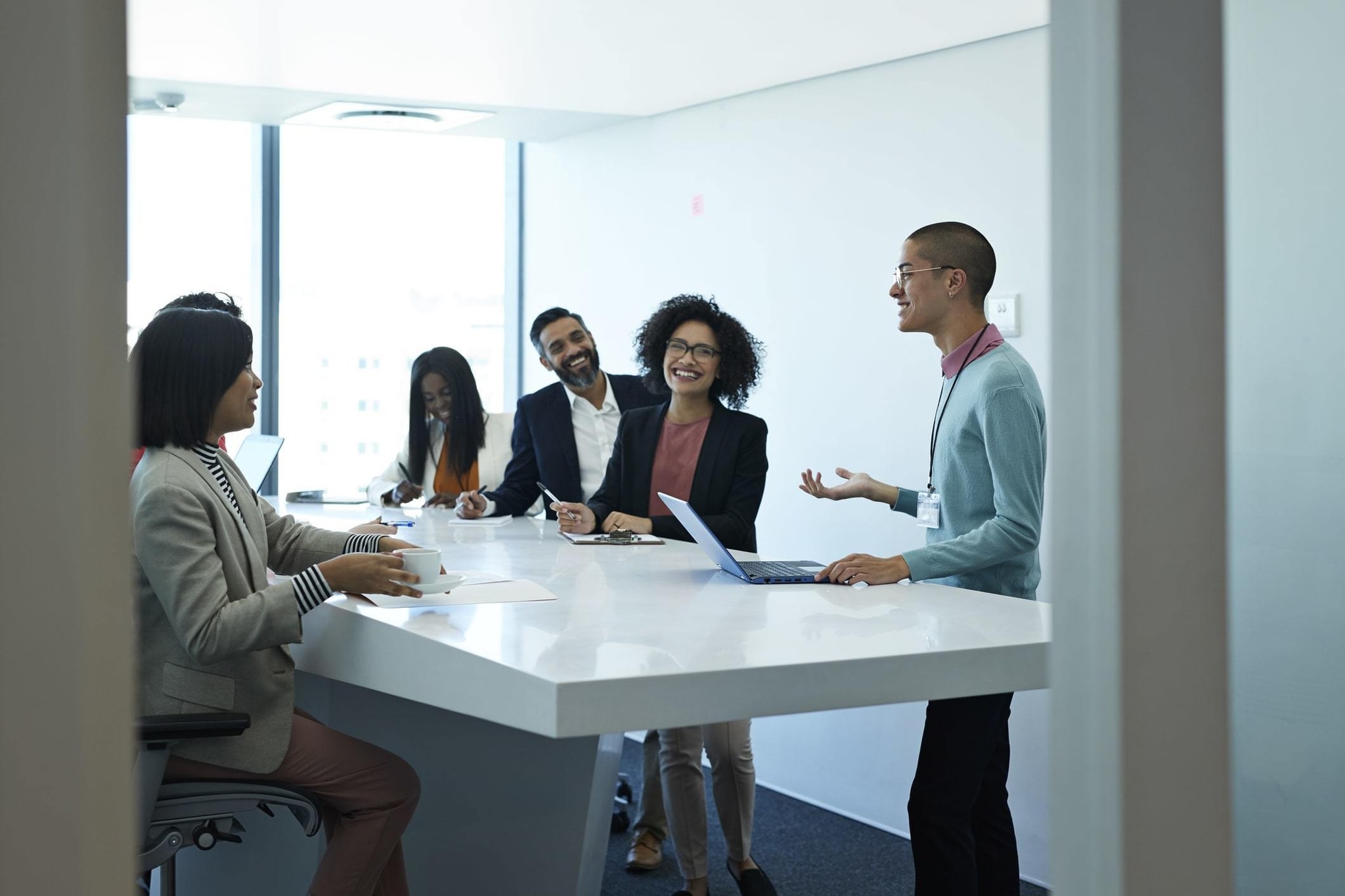 When it comes to gender inequality in the workplace, it feels like we’re making progress. There are plenty of news headlines, blog posts and conference talks on Diversity, Equity and Inclusion. Companies are publicly committing to DE&I; goals and sharing their progress. These trends indicate that positive change is taking place. But just below the surface, inequality is still rampant.

Gender Inequality in the Workplace: Where Do We Stand?

According to research by McKinsey, America has made almost no progress in improving women’s representation in the workplace over the past several years. Women are underrepresented at every level and the underrepresentation of women at the senior level is so disproportionate that it cannot be explained by attrition.

The outlook is also negative for trans and non-binary people. According to the National Center for Transgender Equality, more than three-fourths of trans people have experienced some form of workplace discrimination such as refusal to hire. Out and Equal found that only 33% of non-binary people are out at work and almost a third experienced discrimination in the hiring process alone.

So where does the problem start and what can we do about it? McKinsey’s Women in the Workplace Report states, “The two biggest drivers of representation are hiring and promotions and companies are disadvantaging women in these areas from the beginning.” While the McKinsey report focuses specifically on women, we can imagine that many of these same practices lead to inequality for trans and non-binary people as well. Let’s examine some of the ways that biased hiring practices can affect gender inequality in the workplace.

Quick reminder: unconscious bias is something all people have. It’s a type of mental shortcut that allows us to process large amounts of information efficiently. While this helps us filter out unnecessary information, it’s harmful when we use it to make decisions such as who to interview and hire. When we don’t do anything to curb our unconscious bias, we’re likely to favor people who are similar to us, regardless of their ability to actually perform on the job.

One of the most critical decisions occurs early in the hiring process: who to invite for an interview. If people don’t pass that first hurdle, their chances of getting hired are instantly negated. And 41% of the time, companies are only interviewing men for a given role, according to Hired’s research published in the 2019 State of Salaries Report.

There have been a number of studies showing how recruiters and hiring managers pass on female candidates and opt to interview male candidates with identical qualifications. For example, one study at Stanford found that scientists would be significantly less likely to agree to mentor, offer a job to, or recommend an equal salary for a candidate if their name was Jennifer rather than John.

And while some companies are turning to technology to solve this problem, technology itself can be biased. This topic made headlines when Amazon’s recent experiment with resume-screening AI ended up discriminating against female candidates. This story was a sober reminder that technology is just as susceptible to bias as the humans who build it.

2. How They’re Being Assessed

Even if female, trans and non-binary candidates make it past the resume screening stage, they’re often subject to biased assessments. When companies have unstructured hiring processes, interviewers are more likely to have freeform conversations and look for “common ground” with candidates. This can lead the interviewer to decide in favor of candidates who are similar to them regardless of their ability to succeed in the role.

We’ve all heard of companies using tactics like the “beer test” (making a hiring decision based on how likely you are to want to have a beer with a candidate) and culture fit interviews that assess how well a candidate will “fit in” with a company’s existing culture. It’s not hard to see how practices like these lead to a homogenous company where female, trans and non-binary candidates aren’t or don’t feel welcome.

Deciding on a list of qualifications or traits is a good start, but it isn’t enough – the hiring team needs to prioritize what matters most before they begin assessing candidates. Studies have shown that when this doesn’t happen, interviewers will shift their priorities to justify hiring a male candidate.

3. The Starting Offers They Receive

Successfully completing the interview stage is still no guarantee that women will receive equal treatment. Companies tend to offer more to men than women. According to Hired’s State of Salaries Report, 60% of the time men are offered more money for the same role at the same company.

Plus, women are less likely than men to negotiate. The State of Salaries Report found that women ask for less 61% of the time.

And even when they do ask for more, women can still be penalized. Several studies have shown that women who negotiate for higher salaries are perceived as “lacking in social competence.” Rather than strengthening a company’s opinion of a female candidate, opting to negotiate can actually hurt her hireability.

What Can We Do About It?

Now that we’ve seen the ways that biased hiring practices can harm candidates, let’s consider a few ways to reduce bias and create a more inclusive approach to hiring.

Use Inclusive Language in Job Descriptions and Application Forms

Using binary language like “he or she” can make non-binary applicants feel excluded. Similarly, if there are only “male” and “female” options for a question regarding gender, it invalidates “the very existence of their gender identity,” according to Out and Equal. In Best Practices for Non-Binary Inclusion in the Workplace, they recommend removing gender-specific language and including options beyond male and female. You can also encourage employees to share their preferred pronouns, opening up the conversation for candidates to share theirs as well.

Even if your applications prompt candidates to disclose their gender, you don’t need this information to inform your initial assessment. Tools like Greenhouse Inclusion can hide details that are likely to lead to biased decision-making during resume screening. Other tools allow candidates to submit skills tests anonymously so they’re evaluated on their skills alone.

With a structured hiring process, you decide on key traits and abilities before opening a role and then design interviews to assess candidates on these attributes. Many forward-thinking companies are also switching to “Culture Add” rather than “Culture Fit” interviews. This slight shift focuses your attention on whether candidates are aligned with your company values rather than determining their likelihood of “fitting in.”

To help ensure that all employees start out on equal footing, anchor compensation to market value and commit to parity for everyone. If you haven’t been following these practices so far, you’ll want to consider how and when you’ll make compensation adjustments to even everyone out. Some companies are also instituting blanket “no negotiation” policies so candidates are not rewarded or punished for negotiating. If you go this route, be sure to consider how you’ll communicate it to candidates ahead of time.

Think Beyond Hiring – How Do You Support Employees Throughout Their Journey?

Starting off on even footing is just the first step – you’ll also want to consider how you’ll support employees throughout their time with you. Consider each step of the employee’s journey, whether it’s navigating professional situations like performance reviews and promotions or personal milestones like starting a family. This may include equitable feedback and promotion practices, parental leave policies, mentorship opportunities and Employee Resource Groups.

When it comes to workplace gender inequality, we still have a long way to go. Committing to some of the practices we’ve described here can help reduce some of the bias and make your company more inclusive for everyone.