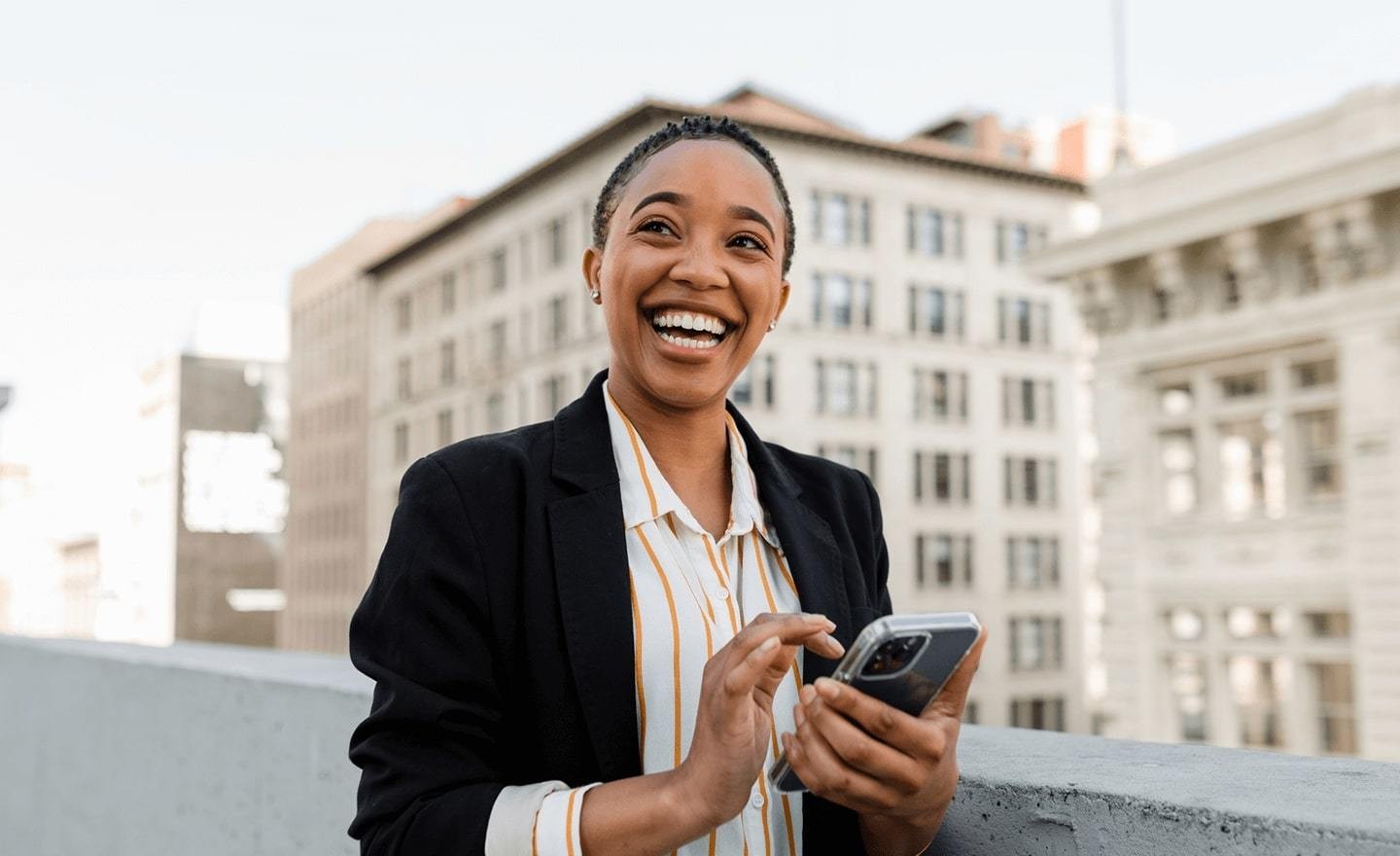 With many companies invested in both hiring the best talent and building a diverse workplace, a common question is, “Do employee referral programs reduce diversity?” The concern is that employees refer candidates “like” them, which might end up creating a homogeneous candidate pool and hence hurt diversity.

Most companies highly value their referral programs. According to the Aberdeen Group’s Talent Acquisition Report, companies cite referral programs as their “Most Effective Source of Hire.” A substantial number of studies agree that employee referrals outperform other sources of candidates across many recruiting metrics including cost-to-hire, time-to-hire, and retention. As companies become more aware of their diversity challenges, their hope is that they can have it both ways—an effective referral program and a work environment that is diverse.

Since Simppler, an employee referral platform, helps companies find and hire the very best talent in their employee’s networks, we care about the impact of referrals on diversity. That’s why we decided to dig deeper and share our learnings.

We looked at the cases pursued by the Equal Employment Opportunity Commission (EEOC) over the last five years to see if employee referrals stood out. It turns out, in over 550,000 cases evaluated by the EEOC less than 0.17% are related to referrals. While the low rate of cases could point to a lack of a problem, this data could also be explained if the EEOC has difficulty getting the data to successfully build a case.

Looking at the academic body of research, we found a lack of studies on referrals and diversity specifically, but we hope that even more studies on the subject come out in the future. However, we did find a few broader studies that suggest a correlation of traits in referrer-referree relationships. A study by the Federal Reserve Bank of New York concluded, “most referrals take place between a provider and a recipient with similar characteristics in terms of age, gender, race/ethnicity, education, and staff level.”

What does our data tell us about diversity and referrals?

Though Simppler’s work with companies and their referral programs, we have rich data on the referrals made through our platform. In theory, an algorithmically driven recommendation engine like Simppler’s should help employees think beyond the immediate top 2–3 candidates that pop into their mind for a position when making referrals, and reduce unconscious bias.

To start, we have a fairly even gender distribution on the total referrals made through the Simppler platform: 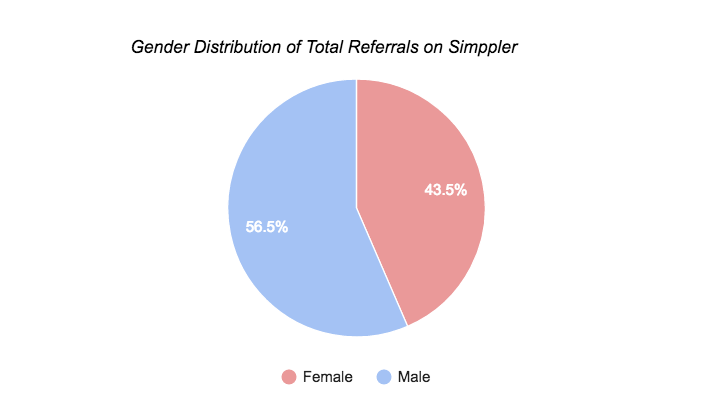 We also further segmented the data based on the gender of the referring employee to see if there was any bias. As you can see in the data below, the splits are again almost even. 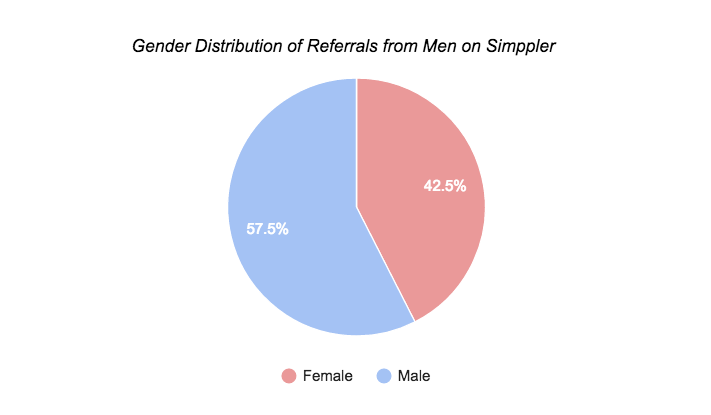 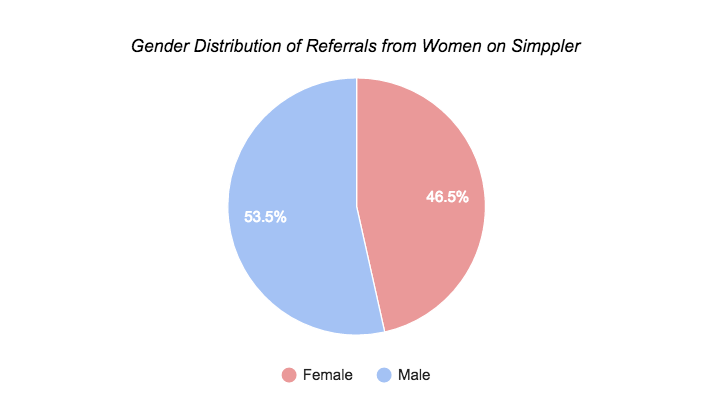 Finally, we looked at the distribution of gender in referrals by department to see if we could uncover any bias. Again, there were balanced gender splits across the board: 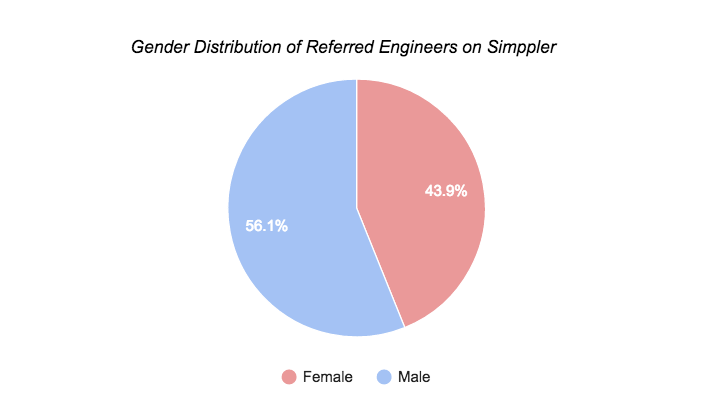 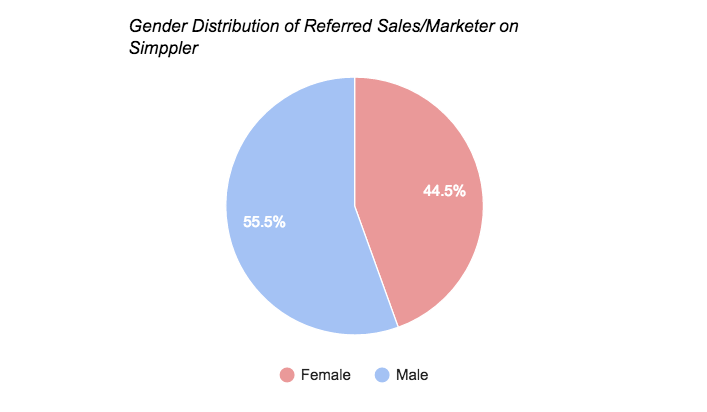 However, digging into the splits within a subset of engineering positions, we saw that females make up only 30% of Data Engineering referrals coming from Simppler. 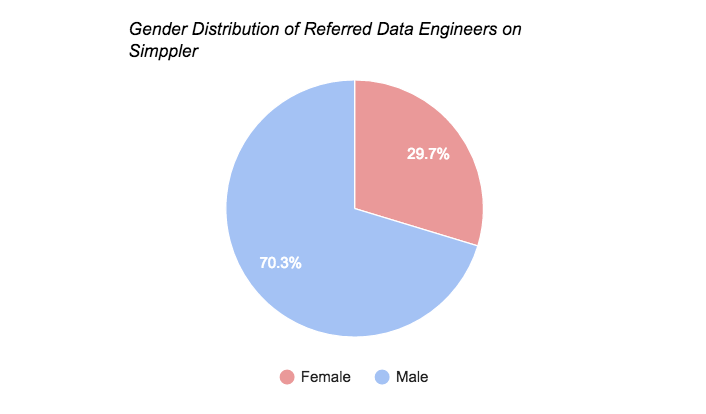 While we’re proud of the current state of diversity with referrals made via Simppler, we recognize that it’s an ongoing effort that requires attention and deliberate action. We need to continue to be mindful of diversity when implementing referral programs.

Here are a 4 suggestions to help you be mindful of diversity when implementing referral programs, too:

Overall, it’s clear most companies want to benefit from both diversity and referral programs. Since referrals are often cited as the highest quality source of hires, it’s important to take a critical look at your company's referral program and assess for potential bias to ensure diverse candidates are considered.